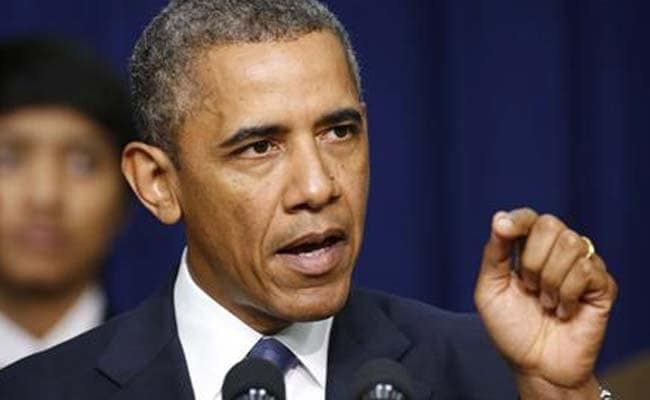 Capt. Nathan Michael Smith is seeking "a declaration that President Obama's war against ISIS is illegal because Congress has not authorised it.

Washington: A 28-year-old American Army officer deployed to Kuwait has sued President Barack Obama because he believes the war against the ISIS terror group is "illegal" as it has not been authorised by Congress.

The plaintiff, Capt. Nathan Michael Smith, voiced strong support for fighting the ISIS but, citing his "conscience" and his vow to uphold the Constitution, he said he believed that the mission lacked proper authorisation from Congress, the New York Times reported.

Smith is seeking "a declaration that President Obama's war against ISIS is illegal because Congress has not authorised it," according to court documents.

"To honour my oath, I am asking the court to tell the president that he must get proper authority from Congress, under the War Powers Resolution, to wage the war against ISIS in Iraq and Syria," he wrote in court documents filed in the US District Court for the District of Columbia on Tuesday.

Smith, who was commissioned in 2010 and deployed to Afghanistan for eight months in 2012, is now stationed at Kuwait as an intelligence officer with the Combined Joint Task Force Operation Inherent Resolve, which is responsible for overseeing the fight against the ISIS.

"In waging war against ISIS, President Obama is misusing limited congressional authorisations for the use of military force as a blank check to conduct a war against enemies of his own choosing, without geographical or temporal boundaries," the lawsuit said.

Obama had said that he already has the authority he needs to wage the conflict against the ISIS under the authorisation to fight the perpetrators of the terrorist attacks of 9/11, enacted by Congress shortly after the strikes in 2001.

Smith's lawyers are David Remes, who has represented many Guantainamo detainees in habeas corpus lawsuits, and Bruce Ackerman, a Yale Law School professor who published a column in The Atlantic last year arguing that the war against ISIS was illegal and that a serviceman ordered to fight in it would have standing to challenge it in court, the paper said.