The sanctions mean that the former president -- brother of late revolutionary leader Fidel Castro -- will be ineligible for travel to the United States. 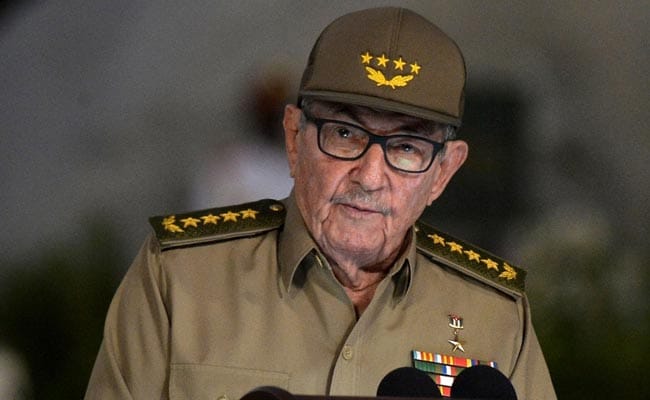 The United States on Thursday announced travel sanctions against Cuba's Raul Castro and his family, accusing the former president of violations of human rights.

In his continued role as first secretary of the ruling Communist Party, "Raul Castro oversees a system that arbitrarily detains thousands of Cubans and currently holds more than 100 political prisoners," Secretary of State Mike Pompeo said.

The sanctions mean that the former president -- brother of late revolutionary leader Fidel Castro -- will be ineligible for travel to the United States.

While the 88-year-old former leader was unlikely to be planning a trip to Disneyland, the order also means that his immediate family will be denied entry into the United States.

Among those barred by the order is his daughter Mariela Castro Espin, who has become a prominent advocate for gay rights and HIV/AIDS awareness.

She visited San Francisco and New York in 2012, drawing an outcry from US-based critics of the Castros.

Pompeo said he also made the legal designation due to Raul Castro's support for Venezuela's leftist leader Nicolas Maduro, who presides over a crumbling economy.

"The United States strongly supports the rights of the Cuban and Venezuelan people," Pompeo said in a statement.

"We will continue to pursue all diplomatic and economic tools to help the Venezuelan people achieve the transition they deserve," he said.

President Donald Trump has vowed to rid Latin America of socialism, a stance that resonates with many Cuban and Venezuelan exiles in the politically crucial state of Florida.

His moves mark a sharp contrast from that of former president Barack Obama, who met Castro on a historic 2016 trip to Cuba as he sought to end decades of hostility.

(Except for the headline, this story has not been edited by NDTV staff and is published from a syndicated feed.)
Comments
Raul CastroCubaUS Travel sanctions