Doctors conducted a check-up of the former Prime Minister after he complained of chest pain and advised that he be shifted to a coronary care unit (CCU) immediately. 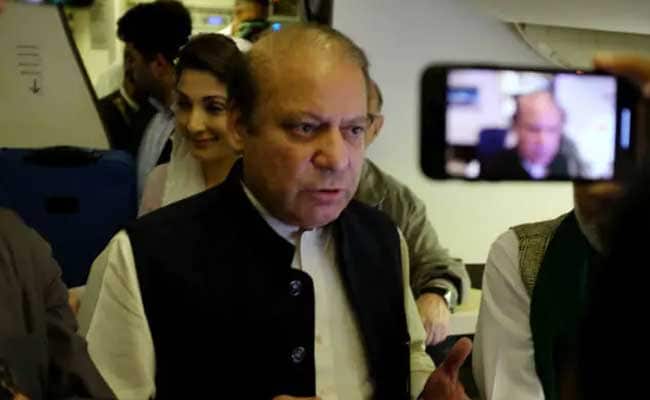 Nawaz Sharif is currently serving his sentence in the Avenfield properties case. (File)

Ousted Pakistan Prime Minister Nawaz Sharif, on Sunday was shifted to Pakistan Institute of Medical Sciences (PIMS) after his health deteriorated in Adiala jail in Rawalpindi, the media reported.

Doctors conducted a check-up of the former Prime Minister after he complained of chest pain and advised that he be shifted to a coronary care unit (CCU) immediately, Geo News quoted jail sourcres as saying.

Following this, the jail Superintendent contacted the caretaker government, which decided to shift Mr Sharif to PIMS.

On July 24, a medical board formed to ascertain Mr Sharif''s health said the three-time Prime Minister was in need of constant medical care and attention.

A five-member medical board formed by PIMS had conducted a medical check-up of Nawaz Shairf on Monday, where the Pakistan Muslim League-Nawaz chief is serving his sentence for corruption.

Nawaz Sharif, who flew from London to Lahore alongside his daughter Maryam Nawaz on July 13, was arrested on arrival at the Allama Iqbal International Airport, flown to Islamabad via a helicopter, and shifted to jail, where he is serving the sentence awarded to him in the Avenfield properties case along with his daughter and son-in-law Mohammad Safdar.