As the passengers clapped, the woman turned around and lashed out at them. 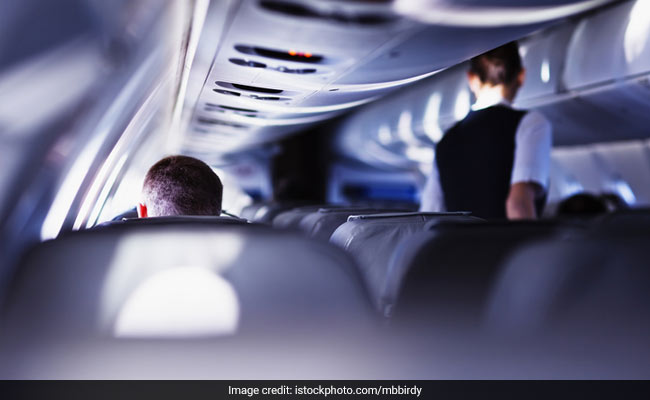 The woman was escorted out as the plane was about to take off from Phuket for Sydney.

The passengers of a Jetstar flight from Phuket to Sydney celebrated after an unruly passenger - a woman - was offloaded for misbehaving on the plane, according to Australia-based 9News. The incident took place on JQ28 flight on Sunday when the woman lost her temper over being seated near the aisle as she wanted a window seat, the outlet further said. She abused the staff members and fellow passengers and a video of the act was posted on social media where a number of people slammed her behaviour.

"An unruly passenger was escorted off our flight prior to take off in Phuket after becoming disruptive and using abusive and inappropriate language towards other customers and our team members," a Jetstar spokesperson was quoted as saying by 9News.

"Airport security in Phuket was called and the passenger was escorted off the flight," the spokesperson added.

In one of the clips, the woman, understood to be Australian, was heard saying "what's happening habibi", according to news.com.au. Another video showed her shouting "I'm out, I'm out" while removing her luggage from the overhead bin. "Thanks a f**king lot!" she said, as per the outlet.

As the passengers clapped, the woman turned around and lashed out at them. But another woman stood up from her seat and asked her to leave, according to news.com.au.

This is not the first time that an unruly passenger caused a chaos during a flight. In July, one such passenger forced the pilot of a London-Los Angeles Virgin Atlantic flight to divert from its intended flight path.

In a statement, a Virgin Atlantic spokesperson said that the aircraft was diverted to Salt Lake City, where the disruptive passenger was taken into custody.

The Federal Aviation Administration (FAA) in the United States has adopted a "zero tolerance" stance against unruly passengers in 2021 after an increase in violent or disruptive behaviour on flights.