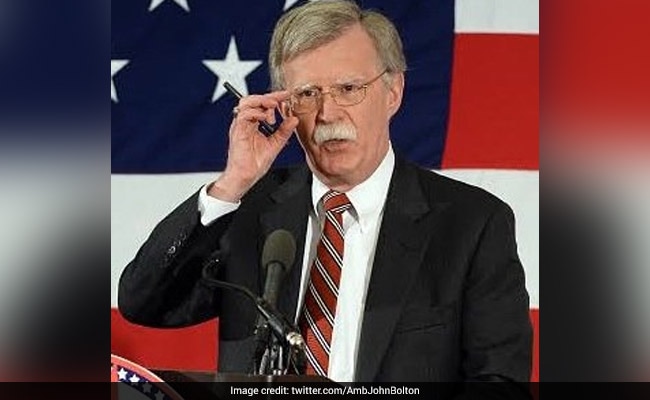 "We now see plans for the Syrian regime to resume offensive military activities in Idlib province," John Bolton told a press conference during a visit to Jerusalem.

"We are obviously concerned about the possibility that Assad may use chemical weapons again," he said.

"Just so there's no confusion here, if the Syrian regime uses chemical weapons we will respond very strongly and they really ought to think about this a long time."

The northern province of Idlib is home to the last major terrorist bastion in Syria.

In April the United States, France and Britain launched joint missile strikes on Syrian targets in response to an alleged chemical weapons attack in the town of Douma that left scores dead.

Bolton also said that the Trump administration was not seeking to oust Iran's leadership with its reimposition of sanctions on Tehran.

"Regime change in Iran is not American policy but what we want is massive change in the regime's behaviour," he said.

Bolton arrived in Israel on Sunday for three days of talks expected to focus mainly on Iran and its presence in Syria.

Israel and Syria share a border and Iran is backing Assad in his country's civil war, along with Russia and Iranian-backed Lebanese Shiite terrorist group Hezbollah.

Israeli Prime Minister Benjamin Netanyahu has pledged to prevent Iran from entrenching itself militarily in Syria, and a series of recent strikes that killed Iranians there has been attributed to Israel.

"Every time that Iran has brought missiles or other threatening weapons into Syria in recent months Israel has struck those targets," Bolton said.

"I think that's a legitimate act of self-defence on the part of Israel," he added.

(Except for the headline, this story has not been edited by NDTV staff and is published from a syndicated feed.)
Comments
john boltonUS President Donald TrumpSyria