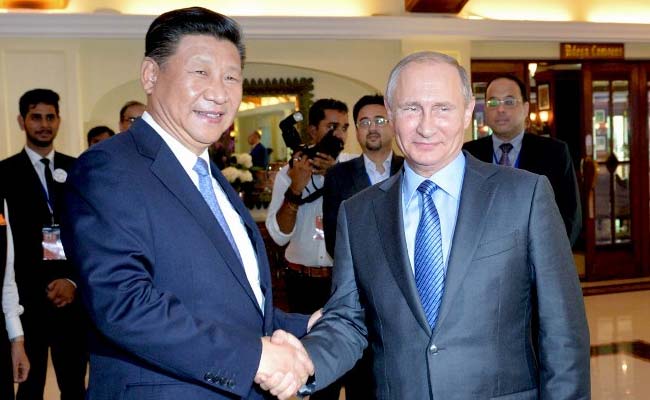 At the BRICS Summit, China resisted against naming Lashkar-e-Taiba in the joint statement on terrorism.

Washington: The United States has questioned China and Russia's commitment to the war against terrorism and expressed its frustration against their being selective when it comes to terrorism.

"I guess I would characterise it as simply that Russia has often made a strong case -- what they believe to be a strong case to the United States -- about our shared interest in confronting extremists, not just in Syria and Iraq, but around the world," White House Press Secretary Josh Earnest told reporters at his daily news conference.

"There are things that they've done in the past that would indicate that they're not as committed to that shared priority as they claim to be. In part, because they devote so much time to shoring up the Assad regime in a way that makes it harder to resolve the conflict that ends up fueling extremism," he said.

"It is no secret that we've been frustrated about Russia's inability to live up to the commitments that they claim they're willing to make in the context of shared priorities and the fact that they have not followed through on those commitments raises questions about whether or not they actually share those priorities," Mr Earnest said.

He was responding to questions on the recently concluded BRICS Summit.

At the BRICS Summit in Goa, China resisted against naming Lashkar-e-Taiba in the joint statement on terrorism.

Promoted
Listen to the latest songs, only on JioSaavn.com
"I can't speak to the specific statement that was signed at the BRICS conference but the United States does believe that there are countries around the world with whom we should be able to coordinate to counter extremism, that the forces of extremism only threaten the interests of countries around the world and there should be an opportunity for the international community to coordinate our response and to counter those threats," he said.

Speaking about China, Mr Earnest went on to say, "There are some interests where apparently our interests don't align. So, again, I can't speak to the specific decision because obviously the United States wasn't a party to the BRICS conference but, you know, the United States does have an aspiration to work more effectively in the international community to counter extremist threats," he said.