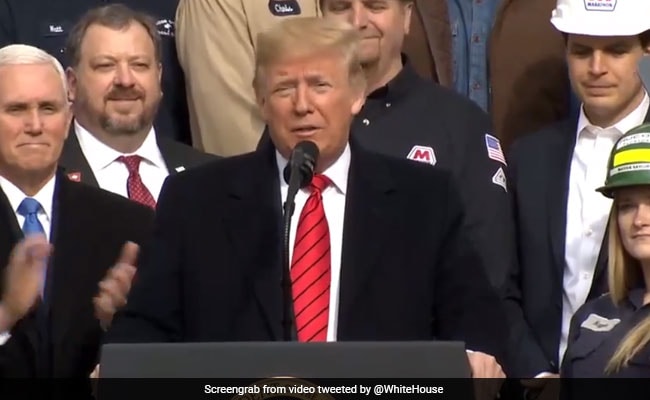 Trump has long campaigned against NAFTA, which he said resulted in shipping US jobs abroad.

President Donald Trump on Wednesday signed the new USMCA North American trade pact with Canada and Mexico into law, pronouncing a "glorious future" for US industry.

The United States-Mexico-Canada Agreement or USMCA, crafted over years of negotiation between the the three countries, replaces the 1994 North American Free Trade Agreement, or NAFTA.

Trump has long campaigned against NAFTA, which he said resulted in shipping US jobs abroad.

"Today, we are finally ending the NAFTA nightmare," he said at the new treaty's signing ceremony in the White House.

"We Have No Favourites Now": Pakistan PM Imran Khan On Afghanistan