The U.S. restrictions imposed in March currently cover about 350 flights a week originating from 10 airports, primarily in the Middle East. 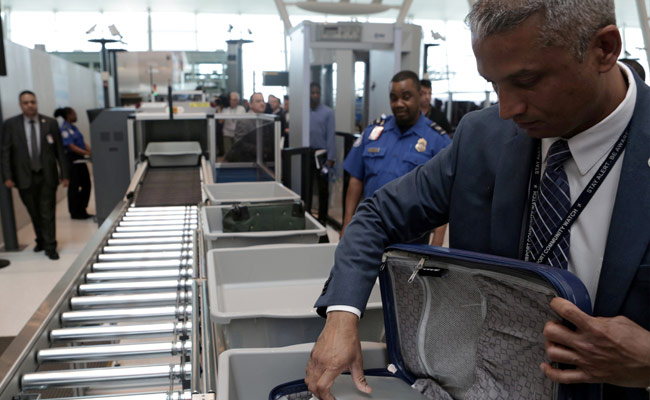 Washington: The U.S. government might expand a ban on larger electronics like laptops in airplane cabins to flights originating from dozens of airports in Europe, the Middle East and Africa, the head of Homeland Security said on Wednesday, though an expansion could be avoided if countries agree to improved security procedures.

The U.S. restrictions imposed in March currently cover about 350 flights a week originating from 10 airports, primarily in the Middle East. Extending the ban to all European airports that directly serve U.S. airports would affect nearly 400 flights a day and cover 30 million travellers and pose major logistical challenges, airlines and security officials say.

"We are looking right now at an additional 71 airports," Secretary of Homeland Security John Kelly told a House of Representatives panel. "We're also looking at ways that we think we can mitigate the threat" without expanding the ban.

Kelly said his deputy will attend a conference in Malta next week "to present what we think are the minimum increased security standards ... and present those to people to say if you meet these standards we will not ban large electronics."

The restrictions on laptops announced in March, including on flights originating from airports in the United Arab Emirates, Saudi Arabia, Qatar and Turkey, came amid fears that a concealed bomb could be installed in electronic devices taken aboard aircraft.

Britain quickly followed suit with restrictions on a slightly different set of routes.

Kelly said many countries are working to not be added to the ban list by improving screening to "detect this very sophisticated device."

He called the danger real. "This is a very serious constant threat to knock down an airplane," Kelly said.

Homeland Security spokesman David Lapan declined to identify the 71 airports that are under consideration.

Any move to restrict carrying larger electronics to the cargo hold of aircraft has potential safety implications related to past problems with laptop batteries. Kelly said he is reviewing those concerns.

U.S. Transportation Secretary Elaine Chao at a Senate hearing on Wednesday said lithium ion batteries on airplanes can be a problem.

"This is a difficult issue that the administration is grappling with especially from a security point of view," Chao said.

A laptop fire in a cabin can be detected quickly, versus a device stored in a cargo hold. On May 30, a New York JetBlue Airways Corp flight bound for San Francisco was diverted to Michigan because of a lithium battery fire from a passenger laptop in the airplane cabin.

Promoted
Listen to the latest songs, only on JioSaavn.com
(Reporting by David Shepardson; Editing by Leslie Adler)
© Thomson Reuters 2017