Coronavirus Crisis Could Cost World Up To $2 Trillion: United Nations

Over Coronavirus, the World Health Organisation says the threat of pandemic "has become very real". 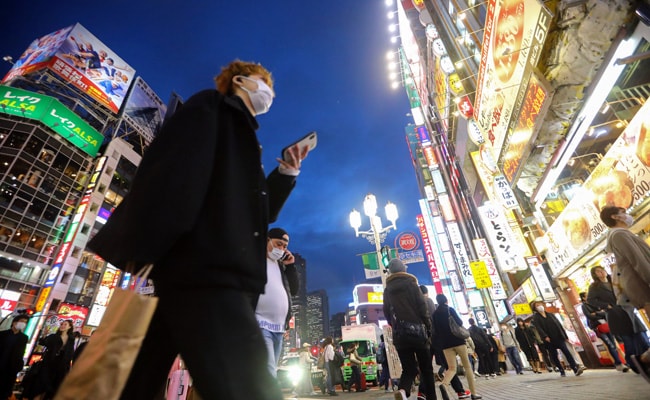 UN economists warned Monday that the raging outbreak of the deadly new coronavirus could cost the global economy between $1.0 and $2.0 trillion this year and called on governments to ramp up spending to mitigate its impact.

A report from the UN Conference on Trade, Investment and Development (UNCTAD) concluded that the COVID-19 epidemic will push some countries into recession and will significantly slow growth in the world economy as a whole.

In fact, the outbreak, which has already infected more than 110,000 and killed more than 3,800 people worldwide, is expected to push global economic growth well below 2.5 per cent, "often taken as the recessionary threshold for the world economy," UNCTAD said.

"We envisage a slowdown in the global economy to under two per cent for this year, and that will probably cost in the order of $1.0 trillion" compared to a September forecast, warned Richard Kozul-Wright, head of UNCTAD's globalisation and development strategies division.

"The real question now is whether that prediction will prove optimistic," he told reporters in Geneva, adding that in a worst-case scenario, up to $2.0 trillion would be lost.

Loss of consumer and investor confidence, a slow-down of global demand, swelling debt and widespread market anxiety are just some of the issues clouding the global economic horizon.

The world risks experiencing "widespread insolvency", UNCTAD warned, adding that "a sudden, big collapse of asset values which would mark the end of the growth phase of this cycle cannot be ruled out."

In the most dramatic scenario, the worst-hit economies would be countries that rely heavily on exports of oil and other commodities, as well as those with tight commercial ties with China and other countries first hit by the outbreak, the UN economists found.

The duration and depth of the crisis will depend on how far the virus spreads, the time needed to find a vaccine, the level of anxiety in the population and the impact of the measures taken to rein in the epidemic on economies, the report said.

Deeming that central banks alone will not be able to address the crisis, UNCTAD called for international coordination between the world's top economies.

"Governments need to spend at this point in time to prevent... a kind of doomsday scenario, where the world economy grows at only... 0.5 per cent this year," Kozul-Wright said.

In that scenario, he said, "you're talking about a $2.0-trillion hit to the global economy."

The World Health Organization also warned that there was now a "very real" threat that the global outbreak of the new deadly coronavirus will become a pandemic, but stressed the virus could still be controlled.

"The threat of a pandemic has become very real," WHO chief Tedros Adhanom Ghebreyesus told reporters, while stressing that "it would be the first pandemic in history that can be controlled... we are not at the mercy of the virus".