The woman has made the unusual decision to act as her own lawyer during the trial before U.S. District Judge Roy Altman on charges of making false statements to a federal officer and trespassing on restricted property. 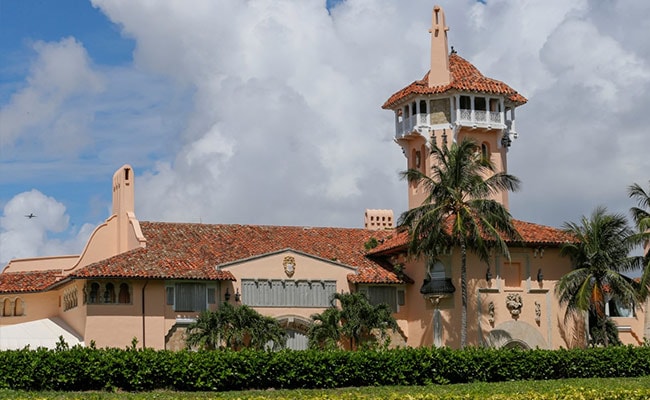 A U.S. jail's failure to provide underwear needed to change out of prison garb and into street clothes delayed the start of jury selection in the trial of a Chinese national charged with lying her way into President Donald Trump's Mar-a-Lago resort.

Yujing Zhang, 33, arrived at a federal court in Fort Lauderdale on Monday wearing the brown uniform she has worn in detention since she was arrested at the Mar-a-Lago club in Palm Beach in March while carrying multiple electronic devices, sparking a probe as to whether she posed an intelligence threat.

She has made the unusual decision to act as her own lawyer during the trial before U.S. District Judge Roy Altman on charges of making false statements to a federal officer and trespassing on restricted property.

The judge told her she had the right to change into street clothes and out of the prison garb before she is seen by any potential jurors.

Speaking through a translator, the defendant told Altman that the jail failed to provide her with the undergarments necessary to change her clothing.

She also said she was confused about why she was brought to the courtroom, where jury selection was scheduled to begin followed by opening statements in the federal trial. If convicted, she faces up to six years in a federal prison.

"I don't know very much about. I don't even know why I'm here today. I thought my case was canceled," Zhang told the judge.

Altman called a recess to discuss the underwear snafu and other issues with lawyers.

At the time of Zhang's arrest, in an incident that raised concerns about security at the Mar-a-Lago resort, investigators found in Zhang's possession four cellphones, a laptop computer, an external hard drive device and a thumb drive, the Secret Service said in a court filing. Initial examination of the thumb drive determined it contained "malicious malware," the Secret Service said.

Some U.S. experts say her attempt to enter the club was so clumsy that while she has been linked to the Chinese Communist Party in Beijing, it is hard to believe she was a professional spy.

Zhang came from a modest background and, inspired by Trump's claims to be a self-made billionaire, strove to climb to a higher status, according to joint reporting by the Miami Herald and the South China Morning Post. She spent lavishly on travel packages to Trump-branded businesses, the newspapers reported.

Her flight from Shanghai to the United States on March 28 was part of a scheme to meet the Trumps.

But those plans soon fell apart. Zhang told U.S. Secret Service agents she was at Mar-a-Lago to attend a charity event that prosecutors allege she knew was canceled.

After the trove of electronics was found on Zhang, a search of her Palm Beach hotel room reportedly uncovered a device meant to detect hidden cameras and nearly $8,000 in cash.

(Except for the headline, this story has not been edited by NDTV staff and is published from a syndicated feed.)
Comments
Mar-a-LagoTrial