An ISIS suicide bomber targeted a convoy of Sikhs and Hindus on their way to meet the Afghan president Ashraf Ghani in the eastern city of Jalalabad. 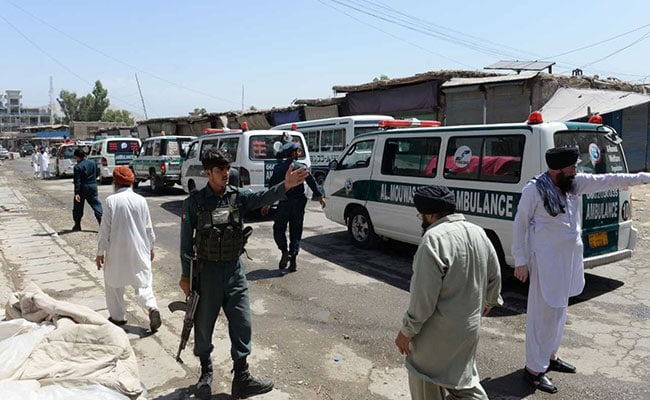 UN Secretary General Antonio Guterres has strongly condemned the suicide attack in Afghanistan's Jalalabad that killed 19 people, mostly Sikhs and Hindus, asserting that any attack targeting civilians is "unjustifiable" and in clear violation of international law.

Mr Guterres expressed his condolences to the families of the victims and urged all parties to uphold their obligation to protect civilians, including minority communities.

"The majority of victims belong to Afghanistan's small Sikh and Hindu community. The Secretary-General extends his deepest condolences to the families of the victims and wishes a speedy recovery to those injured," the UN chief said in a statement issued by his spokesperson.

"The Secretary-General urges all parties to uphold their obligation to protect civilians, including minority communities, and cease targeting civilians and civilian facilities," he said.

An ISIS suicide bomber targeted a convoy of Sikhs and Hindus on their way to meet the Afghan President Ashraf Ghani  in the eastern Afghan city of Jalalabad on Sunday.

Some reports said 19 people were killed in the attack and 17 of them were from the minority Sikh and Hindu communities.

Avtar Singh Khalsa, a longtime leader of the Sikh community who had planned to run in the parliamentary elections set for October, was also killed in the attack.

The UN Security Council joined in condemning the "heinous and cowardly" terrorist attack for which terror group ISIS has claimed responsibility.

The members of the Security Council reaffirmed that terrorism in all its forms and manifestations constituted one of the most serious threats to international peace and security.

"The members of the Security Council underlined the need to hold perpetrators, organisers, financiers and sponsors of these reprehensible acts of terrorism accountable and bring them to justice and urged all States...to cooperate actively with the Government of Afghanistan and all other relevant authorities in this regard," the statement said.

The 15-nation council also reiterated that any acts of terrorism are criminal and unjustifiable, regardless of their motivation, wherever, whenever and by whomsoever committed.

The UN Assistance Mission in Afghanistan condemned the July 1 attack and expressed its concern over the recent spate of such incidents in which civilians have been killed in attacks on schools and medical centres.

"The architects of this appalling crime must be brought to justice," said Ingrid Hayden, the Secretary-General's Deputy Special Representative for Afghanistan.

The United Nations in Afghanistan expressed its condolences to the loved ones of those killed and wishes a full and speedy recovery to the injured.

Elsewhere in Nangarhar, in Afghanistan's Khogyani district, three civilian night watchmen were killed, at least two of them beheaded, and a school torched on Saturday in the latest instance of an ISIS in Khorasan Province (ISKP) campaign against schools and educational workers.

Today, one of several missiles fired into Jalalabad hit the Najmuljihad high school with other projectiles landing nearby. There were no reports of casualties.

Last month a mortar hit the Andar district hospital in Ghazni province killing a doctor and a vaccination worker.

Yesterday, in the northern province of Faryab, three civilians, including a woman and child, were killed and several other civilians, mainly women and children, were injured in an Afghan National Army helicopter attack in the Pashtun Kot district.

Promoted
Listen to the latest songs, only on JioSaavn.com
The attack allegedly targeted Taliban terrorists at a health clinic where civilian patients were also receiving treatment.

The United Nations stresses that all parties to the conflict must at all times uphold their obligations to protect civilians and reiterates its call to immediately cease targeting civilians and civilian objects, including schools and health facilities, in compliance with the international humanitarian law.