"Unless She Agrees, Things Don't Happen": Sue Gray's Journey To The Top

The senior official, whose report into "Partygate" blamed senior government leaders for a culture of law-breaking at Downing Street, is now a household name in Britain after spending five months investigating the scandal. 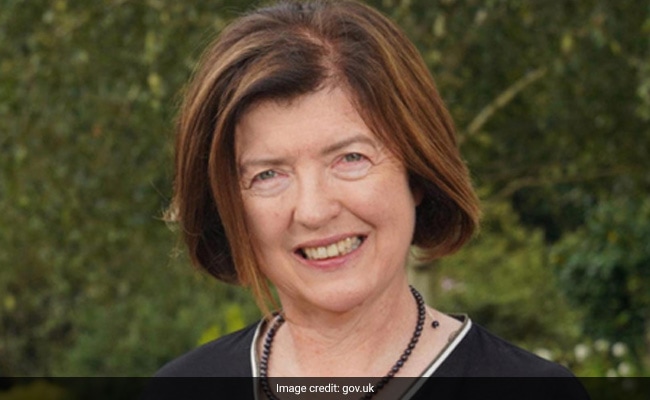 Sue Gray, the top UK civil servant who led an internal probe into lockdown-breaching parties in Downing Street, is a former pub landlady once described as the person who really "runs" Britain.

The senior official, whose report into "Partygate" blamed senior government leaders for a culture of law-breaking at Downing Street, is now a household name in Britain after spending five months investigating the scandal.

Ms Gray, in her 60s, reportedly came under pressure to shelve her full report, after releasing its preliminary findings earlier this year.

But the battle-hardened veteran official, who ran a Northern Ireland pub at the height of violence there in the 1980s, is said to have held firm about publishing it.

She bought the pub with her husband, country and western singer Bill Conlon, in the troubled British province during a break from decades working in the civil service.

There she reputedly ruled supreme over the potentially fractious Cove Bar, in the border city of Newry in an area then known as "bandit country".

She was remembered as a "good landlady" who "would have known not to open her mouth" about her work for the British government, a customer told The Sunday Times.

Ms Gray is the top civil servant in the Cabinet Office -- charged with supporting prime ministers and ensuring the effective running of government.

She led several internal investigations in her previous role as its head of propriety and ethics and is perceived as an unimpeachable civil servant -- the ideal figure to conduct a probe with such highly political implications.

She was shoehorned into heading the inquiry after Britain's top civil servant, Simon Case, stepped down from leading it.

Mr Case recused himself after it emerged that he had drinks in his own office during the run-up to Christmas in 2020.

London police, who have issued 126 fines to 83 people -- mainly officials, but also Prime Minister Boris Johnson and Finance Minister Rishi Sunak -- following their own criminal probe, did not penalise Case.

"She's a feisty senior civil servant and I think will tell us the truth as it is," said Alistair Graham, who worked with her when he was chairman of a standards in public life committee.

"Cabinet reshuffles, departmental reorganisations, the whole lot -- it's all down to Sue Gray," Laws recounted Letwin saying in his 2016 memoirs.

In 2017, her report into Conservative minister Damian Green found he had lied about the presence of pornographic images on his parliamentary computer and prompted then-prime minister Theresa May to fire her close cabinet ally.

After Johnson received just a single fine from police, however, the politically damaged leader is predicted to ride out the storm around her report despite its damning evidence and conclusions.

Meanwhile, some have noted compelling a civil servant to conduct the probe is problematic.

Catherine Haddon, of the Institute for Government think tank, argued in January it was "very uncomfortable" for the civil service to lead an investigation into the prime minister's behaviour.

"If the report fails to satisfy the court of public opinion...the civil service will face criticism," she added.

"Whatever Ms Gray concludes, 'Partygate' does not end with her report."