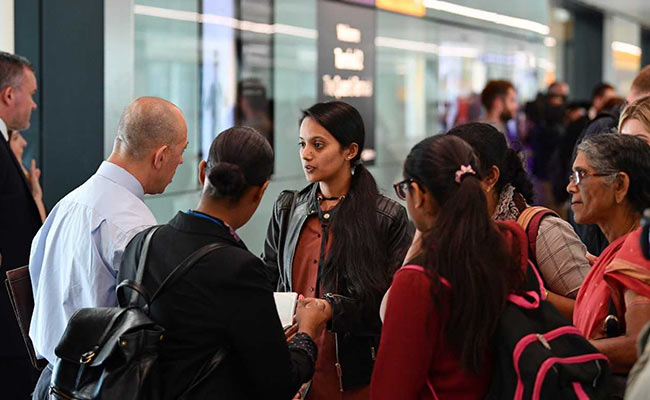 With summer holidays beginning in Britain this week, officials are redoubling efforts at the border to stop young people being dragged into forced marriages.

At a Heathrow Airport arrivals gate, an AFP reporter watched as officials from a special task force comprising police, immigration agents and charity workers intercepted a family disembarking a flight from Bangalore.

A young woman in the group raised red flags because of bruises on her arm, while a 13-year-old girl appeared especially timid -- both indicators of potential coercion.

After speaking to family members individually, officials were satisfied that the family was travelling to Britain for a funeral and the bruising was due to a traffic accident.

But the officials also learned that the young woman's parents had recently found her a fiance in their home state of Kerala, and that he, too, may travel to Britain.

Trained task force officers took the woman aside to brief her on her rights and to press upon her that forced marriage is illegal in Britain. 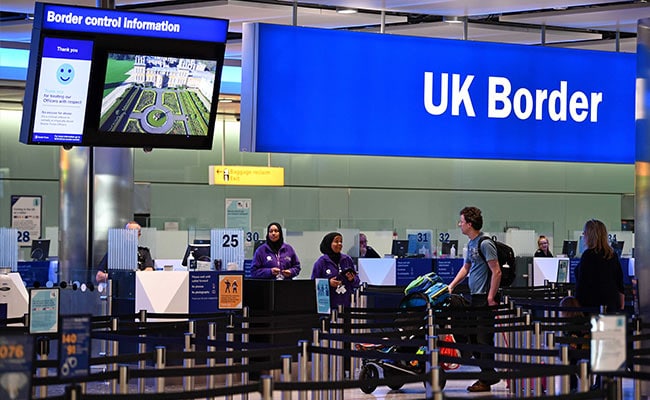 Task force targeted passengers on flights to and from the Indian sub-continent, Middle East hub airports.

"She's (now) aware of consent, and that she can withdraw her consent at any time," Detective Sergeant Kate Bridger of the Metropolitan Police told her team after they questioned 72 of the 250 people on the Air India flight.

Britain outlawed forced marriage in 2014, with a maximum jail term of seven years for offenders.

Figures from the interior ministry's forced marriage unit show 1,764 reported cases in 2018 -- a 47 percent increase from the year before.

The reported cases are thought to be the tip of the iceberg.

Most cases involve Britons being married against their will overseas, mainly in Bangladesh, India and Pakistan.

So the task force targeted passengers on flights to and from the Indian sub-continent as well as Middle East hub airports.

"It's not just a South Asian problem... it cuts across lots of different cultures and communities too," task force member detective sergeant Trudy Gittins told AFP.

Men were also affected, she said, as well as members of the LGBT community -- with cases of gay men forced to marry members of the opposite sex by their conservative families.

Cases in Britain have ranged from a two-year-old promised in a religious ceremony to marry into another family, to an 80-year-old Alzheimer's sufferer whose carer forced him into a marriage to inherit his estate. 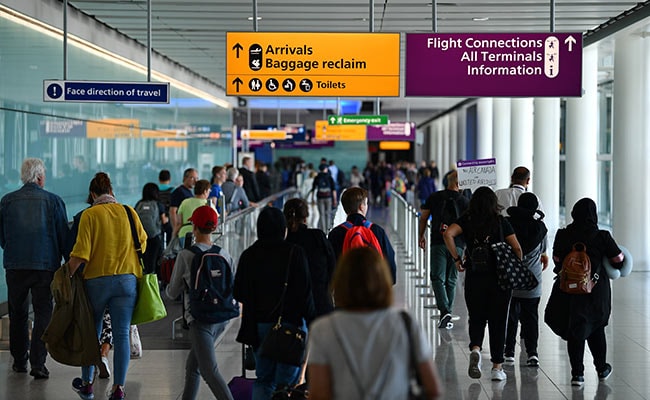 Senior officers said the emphasis of this week's operation was on prevention rather than prosecution.

A third of victims are younger than 18, and three-quarters are girls or women.

West Midlands Police last year secured the first conviction in England for forced marriage, with a woman jailed after her 13-year-old daughter was raped by her "fiance", a relative in Pakistan.

"There are no winners here -- this was her mum," said Gittins.

Senior officers said the emphasis of this week's operation was on prevention rather than prosecution.

"Our focus is not to criminalise parents or members of the extended family," said the Met's acting chief superintendent Parm Sandhu.

"Our focus is to safeguard young people."

The task force is targeting Britain's busiest airports, stations and ports as the school holiday season gets underway -- a time when cases typically spike.

As team members gathered in a windowless room in the bowels of Heathrow, Gittins told them that victims have described being forced into marriage as being "buried alive".

"I want you to feel that statement today," she urged her colleagues.

Some of those greeted by the task force on arrival at Heathrow welcomed the initiative.

"We were very surprised, it's not something we've come across before," said Karan Shah, 31, with his wife on a three-week visit to Britain.

The couple had an arranged marriage to which both had agreed, he said, adding that in many parts of rural India forced marriages do still occur.

"It's very unfortunate so I give this a big thumbs up," said Shah.