China's foreign ministry has disputed the account and said the journalist had not identified himself as a reporter. 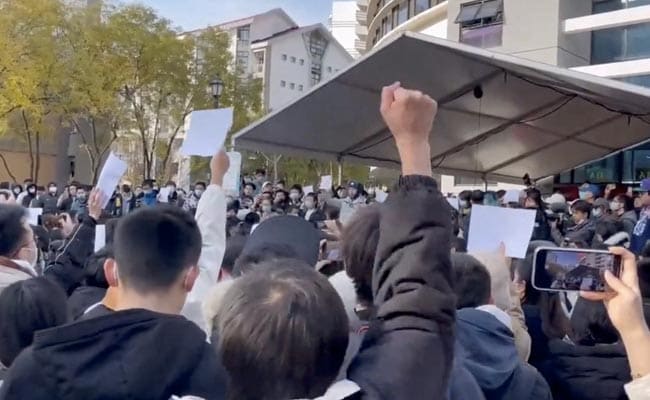 protesters in several cities across China have demonstrate against strict COVID-19 measures.

China's ambassador to Britain has been summoned by British government over reports by the BBC which said Chinese police had assaulted one of its journalists covering a protest in Shanghai, the Evening Standard newspaper said on Tuesday.

The British foreign office did not immediately respond to a request to confirm the Evening Standard report.

In recent days, protesters in several cities across China have demonstrate against strict COVID-19 measures, a show of civil disobedience that is unprecedented since leader Xi Jinping assumed power a decade ago.

The BBC said its journalist Ed Lawrence was beaten, arrested and handcuffed while covering the protests in Shanghai.

"He was held for several hours before being released. During his arrest, he was beaten and kicked by the police. This happened while he was working as an accredited journalist," the broadcaster said in a statement on Sunday.

China's foreign ministry has disputed the account and said the journalist had not identified himself as a reporter.