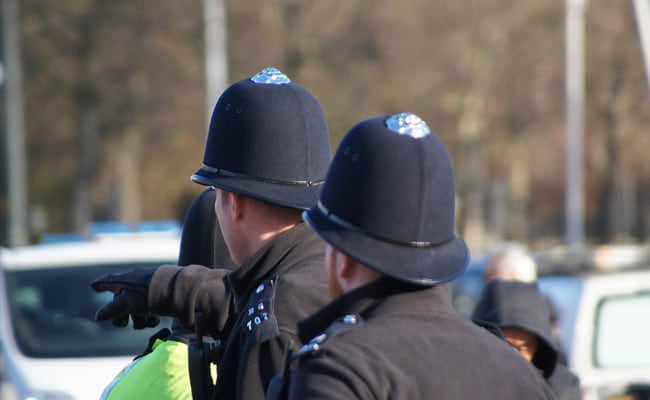 The group that claimed the parcel bombs said the three had been sent to "commercial targets". (FILE)

A group calling itself the Northern Ireland dissident group the "IRA" has claimed responsibility for four small parcel bombs mailed to London and Glasgow, British police said on Tuesday.

The claim, which mentioned five packages, was received on Monday by Belfast-based newspaper The Irish News.

"The claim was allegedly made on behalf of the 'IRA'," the Metropolitan Police said in a statement about the bombs discovered on March 5 and 6.

"Enquiries are being made in relation to the claim."

"Given the packages received last week bore similarities to devices sent in the past which were linked to dissident groups associated with Northern Ireland-related terrorism, officers were already looking at this as a line of enquiry."

The custom of using code words in telephoned warnings emerged around the IRA bombing campaign in the early 1970s, to mark them out from possible hoaxes.

The IRA called a final ceasefire in 1997 and announced an end to its armed campaign in 2005, stating that it would seek to achieve its aims through peaceful political means.

On March 5, suspicious packages were found at an office block next to London Heathrow Airport, the post room at London Waterloo railway terminus, and at offices near London City Airport.

The following day, a further suspicious package was received at Glasgow University.

Nobody was injured and police have made no arrests.

The Irish News said the group that claimed the parcel bombs said the three had been sent to "commercial targets".

Two others were posted to British army recruitment officers. One was sent to Glasgow University and the other has yet to be discovered.

They were posted with Irish stamps and the senders' addresses were given as Dublin.

The British security services consider that the current threat level for Northern Ireland-related terrorism in mainland Britain is moderate, the second-lowest of five levels.

This means that an attack is considered possible but not likely.

The threat level within Northern Ireland is considered as severe, the second-highest level, meaning an attack is highly likely.