Nigel Farage's spokesman said the comments had been taken out of context and the Guardian, that quotes him, had "been naughty". 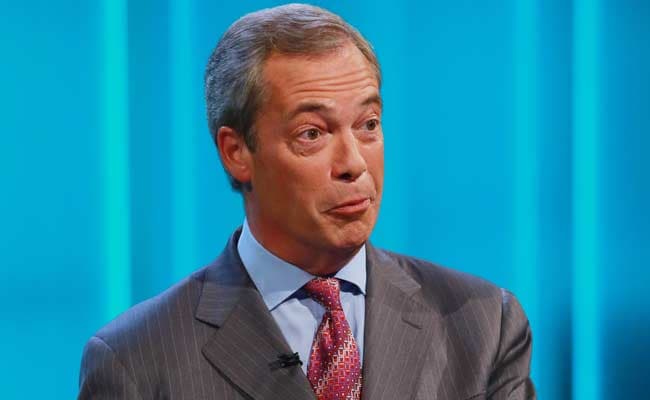 Nigel Farage, the leader of Britain's Brexit Party, has lambasted Prince Harry and his American wife Meghan along with other members of the royal family in a speech in Australia, the Guardian newspaper reported on Monday.

According to the Guardian, Farage ridiculed Harry's remarks last month that the couple only wanted two children because of the environmental impact, while he also described the Queen Mother, the late mother of the monarch, as an "slightly overweight, chain-smoking gin drinker".

Despite having repeatedly failed to be elected to Britain's parliament, Farage has over the last decade become one of the most prominent political figures in the country, first as leader of UKIP and now head of the Brexit Party, which came out on top in the UK in May's European Parliament elections.

Media were not present for Farage's speech to Sydney's Conservative Political Action Conference on Saturday but the Guardian said it had heard a recording of part of it.

Farage's spokesman said the comments had been taken out of context and the Guardian had "been naughty".

"They're playing fast and loose with this," he said.

While Farage, who relishes his reputation as a plain-speaking man of the people, lavished praise on the Queen, saying she was "an amazing, awe-inspiring woman, we're bloody lucky to have her", he derided her son and heir Prince Charles.

He also took aim at Charles's younger son Harry and his wife Meghan, the Duke and Duchess of Sussex.

"Terrifying! Here was Harry, here he was this young, brave, boisterous, all male, getting into trouble, turning up at stag parties inappropriately dressed, drinking too much and causing all sorts of mayhem. He was the most popular royal of a younger generation that we've seen for 100 years.

"And then he met Meghan Markle, and it's fallen off a cliff."

Farage's spokesman said the comments were not meant as criticism of Elizabeth's mother, the wife of George VI who died in 2002, and the paper appeared to have taken off the cuff answers and changed their meaning.

"This is not an attack on the Queen Mother in the slightest. It's basically saying she lived until 101 so the queen, given that has a much better lifestyle than the Queen Mother, will live for a lot longer," the spokesman said.

Farage's brand of populism and anti-EU rhetoric helped force the government of David Cameron to hold the 2016 EU referendum and then was a leading figure in the successful campaign to secure a vote in favour of Brexit.