UK Nurse Killed Baby On 5th Attempt. She Tried Killing 10 Others Too

Lucy Letby is accused of murdering the girl and six other babies at the Countess of Chester Hospital in northwest England between June 2015 and June 2016. 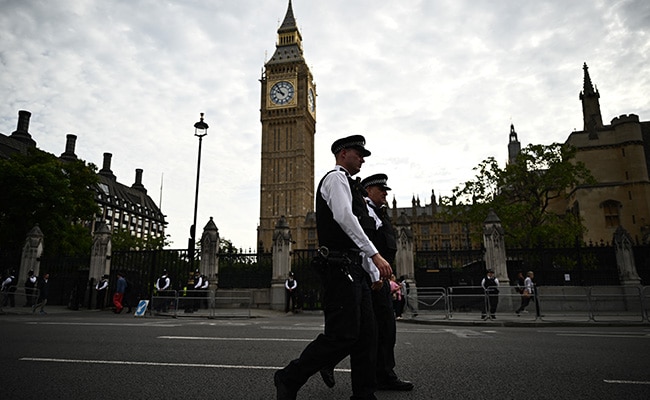 A nurse at a UK hospital tried to kill a baby girl four times before she was successful, then sent a sympathy card to her victim's parents, a court was told on Wednesday.

Lucy Letby is accused of murdering the girl and six other babies at the Countess of Chester Hospital in northwest England between June 2015 and June 2016.

She is also alleged to have attempted to murder 10 other infants at the same neo-natal unit in the same period.

Lawyer Nick Johnson said the death of the girl -- referred to in court as "Child I" -- was "extreme even by the standards of this overall case".

"This is a case where we allege Lucy Letby tried four times to kill her," the prosecutor told a jury at Manchester Crown Court.

"(Child I) was resilient but ultimately at the fourth attempt Lucy Letby succeeded and killed her."

Letby, 32, from Hereford in western England, is alleged to have deliberately administered air into the girl's stomach through a nasogastric tube.

The first attempt on the girl's life is alleged to have happened on September 30, 2015 when she struggled to breathe after Letby fed her.

The second was on a night shift on October 13 when Letby remarked to a colleague that "Child I" looked pale in her cot in a darkened room.

The colleague checked on the infant and saw that she "appeared to be at the point of death and was not breathing", Johnson said.

"Child I" recovered and Letby was made her designated nurse but the next night shift she was again "brought back from the brink of death".

She collapsed again on October 23 and was successfully resuscitated but hours after showing signs of recovery her monitor alarm sounded.

A colleague who went to help found Letby by the incubator and was told that she "would be able to sort it". The child then collapsed and died.

A paediatrician concluded the collapses were likely caused by large amounts of air being deliberately administered into her stomach via a nasogastric tube.

On the fourth occasion, air was likely to have been injected directly into her bloodstream, jurors were told.

Johnson said Letby was interviewed by police and accepted sending a sympathy card to the girl's parents but said it was because she had got to know them.

She also kept an image of the card on her phone and searched for the girl's parents on Facebook, as she had done with three other babies in the case.

"(Child I) was born very early and very small. But she survived the first two months of her life and was doing well by the time Lucy Letby got her hands on her," Johnson said.

"It was persistent, it was calculated and it was cold-blooded."

Letby has denied seven counts of murder and 15 of attempted murder against 17 children, none of whom can be identified because of a court order.

The court has been told that she attempted to murder some of the babies more than once.