Last month marked the driest July for various regions of the nation, including the south-east and central southern England, since 1886. 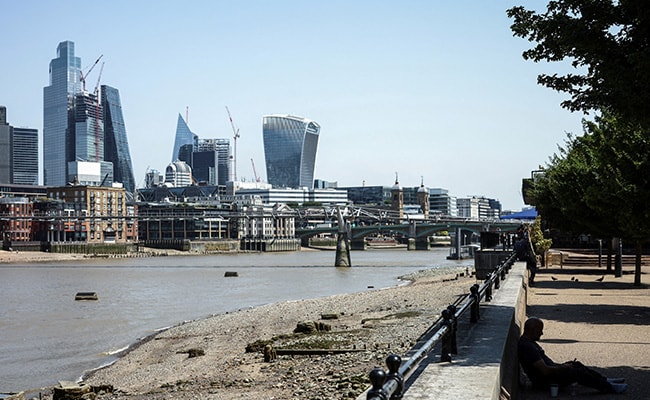 The main reason for this dire situation is climate change. (Reuters Photo)

England, hit by one of the worst heatwaves in its history, experienced its driest July since 1935, according to data released by the country's Met Office. Parts of England received the least rainfall on record, the Met Office further said. The water level in Most of England's rivers are worryingly low, and could have serious impacts on farmland, nature and wildlife, according to the BBC. The outlet further said in its report that restrictions on water use may be introduced in the wake of serious crisis.

Last month marked the driest July for various regions of the nation, including the south-east and central southern England, since 1886, when the Met Office started keeping records.

Rainfall recorded in the country in the month of July was just 23.1 mm which is almost less than one inch. According to the Met Office, that is equivalent to 35% of the monthly average rainfall in England while the average rainfall in the south-east and central southern regions of England was only 5.0mm.

According to the BBC, it was the 19th driest July in the United Kingdom as a whole since 1836.

The main reason for this dire situation is climate change due to human activities and they have been worsening by the time.

Professor of climate science at the University of Reading's Department of Meteorology, Richard P, told CNBC, "Fluctuations in weather patterns determine when and where heatwaves and unusually dry spells take place, but the higher temperatures and thirstier atmosphere due to human-caused climate change will have intensified the rate at which soils dry out and hence speed up the development of drought."