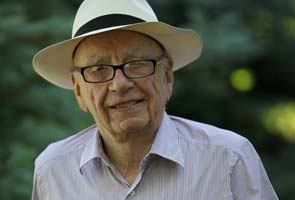 London: In a rare show of cross-party consensus, the David Cameron government in Britain has signalled its willingness to support the Opposition Labour party's motion in the House of Commons, asking media baron Rupert Murdoch to withdraw his takeover bid of BSkyB.

The motion is to be tabled on Wednesday in a clear sign of Britain's political establishment rising against the illegal and unethical news-gathering practices of Murdoch's media company in Britain, as evident in the phone-hacking scandal.

The motion reads, "This House believes that it is in the public interest for Rupert Murdoch and News Corporation to withdraw its bid for BSkyB."

Murdoch currently owns 39 per cent of the broadcaster BSkyB, and the bid is to own the remaining shares to give his company total control of what will become Britain's biggest media company, bigger than even the BBC.

In other developments, Murdoch has been asked to appear before the Culture, Media Sports committee of the House of Commons and give evidence in the imbroglio that involves the press, politicians and the police.

The invitation to appear before the committee has also been addressed to his son, James Murdoch, and chief executive of News International, Rabekah Brooks.

Promoted
Listen to the latest songs, only on JioSaavn.com
New revelations today included the dismayed former Prime Minister Gordon Brown going on television to state that Murdoch's News International used criminals and the 'criminal underworld' to access details about his tax, bank account and also the health records of his son, Fraser.