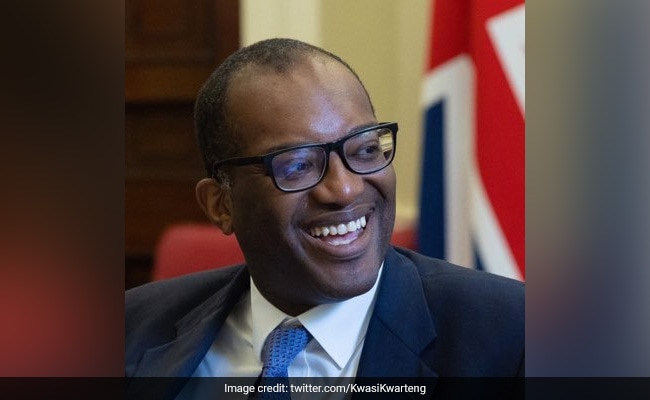 Finance Minister insisted his ministry will next month unveil a plan to reduce debt.

Britain's under-fire finance minister Kwasi Kwarteng has promised to unveil "a credible plan" to lower government debt as he defended his contentious mini-budget that led to market turmoil.

Last month's controversial tax-slashing plans, which will dramatically increase government borrowing, went further than many expected, abolishing the top rate of income tax and lifting a cap on bankers' bonuses.

It led to immediate upset in the financial markets, with the pound dropping to its lowest ever level against the dollar.

Kwarteng insisted his ministry will next month unveil a "medium-term fiscal plan" that will set out a path to reducing borrowing, alongside "new fiscal rules and a commitment to spending discipline".

In an article for the Daily Telegraph published late Friday, he noted a full forecast from the country's fiscal watchdog, the Office for Budget Responsibility (OBR), would also accompany the plan on November 23.

The lack of an OBR forecast has been cited as one of the reasons for the market tumult that followed the September 23 release of the mini-budget, which cut taxes for the wealthiest amid a cost-of-living crisis.

The turmoil forced the Bank of England to make an emergency intervention to stabilise the situation, amid fears of a collapse in UK pension funds.

Opposition politicians, independent analysts and even some Tory lawmakers have assailed the plans as reckless and counter-productive.

But Kwarteng has insisted the package is essential to return the UK, which is tipped to fall into recession imminently, to economic growth.

"Not all the measures we announced last week will be universally popular. But we had to do something different. We had no other choice," he reiterated in his Telegraph article.

However at the same time the article was published online, the S&P ratings agency said it had revised its outlook for the UK from "stable" to "negative" following the fallout from the mini-budget.

It cited the risk that "the UK's economic growth turns out weaker due to further deterioration of the economic environment, or if the government's borrowing costs increase more than expected".

After nearly a week of silence, she faced a gruelling round of BBC radio and regional television interviews Thursday, before penning her own newspaper article in The Sun published overnight.

In it, she conceded for the first time that the plans had prompted "short-term disruption", but vowed to press on with them and handle public money with "an iron grip".

A poll Friday found half of Britons think she should resign -- less than four weeks after taking office -- while support for the mini-budget has been in the single digits in some surveys.

"Quite Small": S Jaishankar On Trade With Russia As Compared To Europe