UK Either Behind Poisoning Or Unable To Stop 'Terrorist Attack', Says Moscow 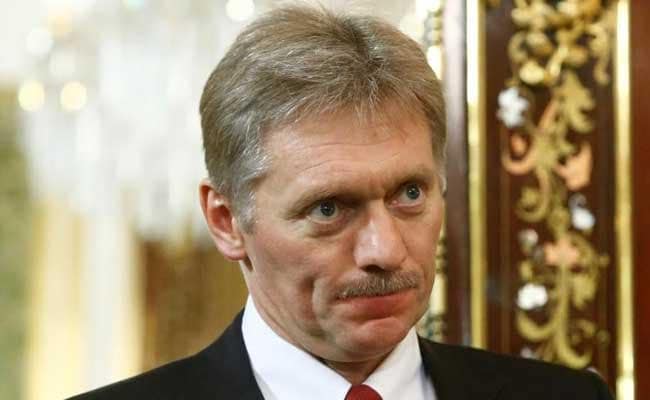 Spokesman Dmitry Peskov: This is another eloquent demonstration of the absurdity of the situation (File)

Moscow, Russia: Moscow on Wednesday said Britain either failed to protect a Russian national from what it termed a "terrorist attack" or was itself behind the poisoning of a former double agent and his daughter in England.

The accusation came as Russia faces huge pressure from Britain and its allies to explain how Sergei Skripal and his daughter Yulia were poisoned in the city of Salisbury earlier this month with a nerve agent the UK says is Soviet-designed.

"The British authorities are either unable to ensure protection from such a... terrorist attack on its territory, or they directly or indirectly -- I am not accusing anyone of anything here -- directed the attack on a Russian national," said Vladimir Yermakov, head of the Russian foreign ministry's non-proliferation and arms control department.

Yermakov made the statement to representatives of foreign diplomatic missions during a briefing held by Moscow to explain Russia's view on the March 4 poisoning.

The tough-talking official -- whose briefing was broadcast live by Russian national television in a rare move -- also rejected British claims the chemical weapon Novichok was used in the attack, saying it would have killed people on the spot.

"Any use of a military-grade poison would inevitably lead to numerous casualties immediately on the site of the poisoning," Yermakov said.

"But the picture in Salisbury is completely different," he added.

The statement echoed comments by President Vladimir Putin, who has dismissed allegations of Moscow's responsibility as "nonsense".

"Pull yourselves away a little bit from your Russophobia, your island mentality," Yermakov said.
"I am ashamed for you," he said in response to a question from a British official.

He also mocked Britain for insisting that Skripal was attacked with what London says is a Soviet-designed nerve attack.

"This is terminology from British TV shows," he said.

"Perhaps this is another eloquent demonstration of the absurdity of the situation when questions are being asked but the unwillingness to hear some answers is being shown," Putin's spokesman Dmitry Peskov said.

The European Commission delegation as well as the German and French embassies earlier said they planned to send representatives to the meeting.

Foreign Minister Sergei Lavrov urged the British government to "respond calmly" to the attack on the Skripals, who remain in critical condition.

"If the British government continues taking some anti-Russian measures, we will hit back under the principle of reciprocity," he said in Japan.

"Overall, there is no doubt that the British leadership has knowingly chosen to undermine the British-Russian relationship."

The Russian diplomats and their families -- around 80 people in total -- arrived back from London late Tuesday.

"We are proud of our country, that we've managed to prove our innocence despite all the accusations," Yekaterina, the wife of one of the diplomats, was quoted as saying.

Britain says only Russia had the capability, motive and intent to be behind the attack.

The EU has expressed its solidarity with Britain and at a summit later this week, its leaders will agree to "coordinate on the consequences" for Russia, according to a draft statement seen by AFP.

However, US President Donald Trump on Tuesday appeared to have ignored the poisoning row when he called to congratulate Putin on his re-election and proposed a summit in the "not-too-distant future".

On Tuesday, the head of the OPCW chemical watchdog said it would take two to three weeks to complete laboratory analysis of samples taken from the poisoning.
© Thomson Reuters 2018

(Except for the headline, this story has not been edited by NDTV staff and is published from a syndicated feed.)
Comments
MoscowBritainSergei Skripal