"We Made A Mistake," Says Twitter After Bomb Suspect's Arrest In US

On October 11, Cesar Sayoc published a threatening tweet to former congressional press secretary Rochelle Ritchie by telling her "We will see you 4 sure". 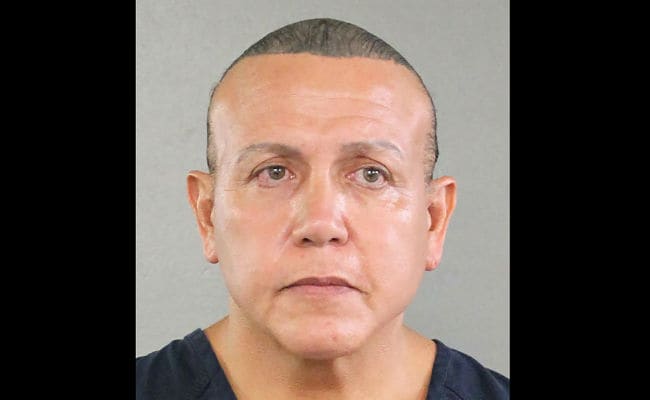 Twitter has apologised for failing to act on threatening tweets made by Cesar Sayoc who is suspected of sending improvised explosive devices to Democratic leaders and critics of US President Donald Trump.

"We are investigating what happened and will continue to work to improve how we handle concerns raised by anyone on Twitter," it said in a statement.

On October 11, Sayoc published a threatening tweet to former congressional press secretary Rochelle Ritchie by telling her "We will see you 4 sure". Mr Ritchie alerted Twitter of the tweet made from Sayoc's account, which contained several disturbing images and statements.

"Hug your loved ones real close every time you leave you (sic) home," Sayoc tweeted with Mr Ritchie's picture and a screenshot of a news story of a dead teenager, Business Insider reported on Saturday.

MR Ritchie reported the incident to Twitter but the company said it "carefully" reviewed her case and "found that there was no violation of the Twitter Rules against abusive behaviour", according to a screenshot uploaded by Ritchie.

His suspected social media accounts also featured threatening messages to other Trump critics, including those whose names were on the explosive packages sent to Democratic lawmakers.

"We made a mistake when Rochelle Ritchie first alerted us to the threat made against her. The tweet clearly violated our rules and should have been removed. We are deeply sorry for that error," the company said.

The statement came after Ritchie complained to Twitter after Sayoc's tweets were publicised.