Facebook has drawn renewed criticism after confirming it shared data with Chinese electronics firms, including with Huawaei which was banned by US over cyber-espionage concerns. 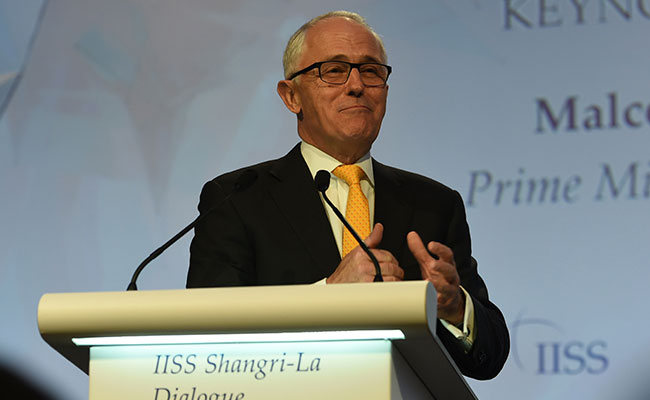 The social media behemoth has drawn renewed criticism after confirming it shared data with Chinese electronics firms, including Huawei which has been banned by the US military over cyber-espionage concerns.

Canberra has recently moved to strengthen its own intelligence capability amid growing fears of foreign, particularly Chinese, political interference.

"Certainly there are a lot of concerns about Facebook -- about privacy," Turnbull told reporters in Brisbane. "I would welcome Facebook coming and testifying before our parliamentary committees.

"Of course, we'd love to see the boss," he said when asked if Zuckerburg should appear personally.

Social networks had rapidly become "dominant in every respect" of people's lives, the prime minister added, and it was important users were aware of how their data was used.

The deputy chair of Australia's joint intelligence and security committee, Anthony Byrne, said the Facebook boss needed to explain to Australia's 15 million Facebook users why it was sharing their data with Chinese firms.

"It is completely unacceptable that information from Facebook users has been slyly handed over to Huawei by Facebook," he told the Australian newspaper.

"I want to know why Mr Zuckerberg allowed this to happen. If need be, he will be invited to appear before the (committee) in a public hearing to explain himself to our committee and the Australian people."

The revelations come weeks after Zuckerberg was grilled in US Congress about the hijacking of personal data on some 87 million Facebook users by Cambridge Analytica, a consultancy working on Donald Trump's 2016 election campaign.

Facebook said its contracts with phone makers placed tight limits on what could be done with data, and information obtained by Huawei was not stored on the firm's server.

The social media giant said it was winding up the interface arrangements with device makers and its integration partnership with Huawei would end this week.

Huawei has said that it has never collected or stored any Facebook data and has claimed any national security concerns were unfounded.

(Except for the headline, this story has not been edited by NDTV staff and is published from a syndicated feed.)
Comments
Facebook Data ScandalMalcom TurnbullFacebook data sharing with China

UK Allows Quarantine-Free Travel For Some Countries; India, US Excluded