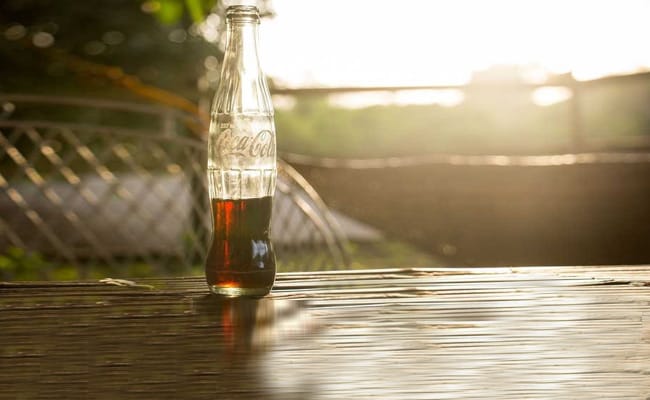 Ashgabat, Turkmenistan: Fans of Coca-Cola in gas-rich Turkmenistan's capital Ashgabat are complaining they can no longer "taste the feeling": their favourite drink has disappeared from shop shelves amidst a sharpening economic crisis.

"You used to be able to find it in every shop, but now only a few are selling it and the price has increased significantly," Mergen Kakayev, a 24-year-old taxi driver told AFP.

"People say it is unhealthy, but I have never noticed. For me a good meal is a piece of hot naan bread and a glass of cold Coca-Cola," said Kakayev, who got hooked on the drink ever since it first appeared in the secluded country in the 1990s.

Turkmenistan has imposed increasingly draconian restrictions on foreign currency exchange as global prices for hydrocarbons -- over 90 percent of the country's exports -- collapsed in 2014.

A spokeswoman for the drink's producer, Coca-Cola Icecek, which employs around 300 people in Ashgabat, told AFP by telephone it was "facing raw material supply shortages" due to "temporary hard currency conversion issues", but was not planning to leave the market.

Two shopkeepers in Ashgabat told AFP that the cost of Coca-Cola spiked shortly after the conclusion of the Asian Indoor and Martial Arts Games Turkmenistan, hosted in Ashgabat in September.

The sporting event backed by the Olympic Council of Asia emerged as a key theme in state propaganda and the government lavished $5 billion on an Olympic village for the event alone. Coca-Cola Icecek were among the sponsors of the games.

An AFP correspondent visited several shops in central Ashgabat where employees said that Coca-Cola was now too expensive to stock after the price for a half-litre bottle went from 1.5 to 4 manats ($1.14).

One Turkmen businessman who gave his first name Aigozel told AFP that he was able to withdraw just $50 daily from bank machines during his last trip abroad.

Promoted
Listen to the latest songs, only on JioSaavn.com
The government last devalued its manat currency in January 2015 when it shaved a fifth off its value. But it still appears overvalued: while the official rate is one dollar to 3.5 manats, the greenback fetches over 8 manats on the black market.