The deaths brought the total number of storm-related fatalities in Florida to 20. 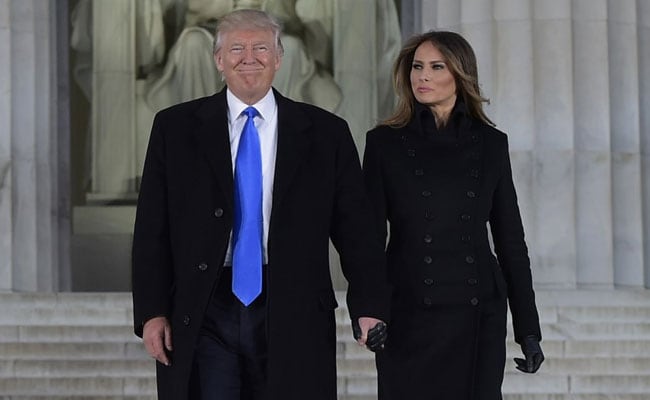 Miami, United States: President Donald Trump is to visit storm-ravaged Florida on Thursday as authorities investigate the deaths of eight residents of a nursing home that lost power when Hurricane Irma whipped through the region.

The deaths brought the total number of storm-related fatalities in Florida to 20, and illustrate the urgency of restoring electricity to millions of people across the southern state.

Donald Trump and his wife Melania will head to the city of Fort Myers, where they will be briefed on hurricane recovery efforts along with Vice President Mike Pence, the White House said.

The three will then head to nearby Naples to visit with hurricane victims.

Both cities are on Florida's west coast, far from President Donald Trump's swank Mar-a-Lago Club in Palm Beach, on the state's east coast.

The visit comes as Florida residents who evacuated ahead of Hurricane Irma trickle back home, and as tens of thousands of utility company workers, many from out of state, work around the clock to restore power to millions of customers.

Florida Governor Rick Scott said he was "absolutely heartbroken" on Wednesday to learn of the deaths of the elderly residents at a retirement home in Hollywood, north of Miami.

Around 115 of the nursing home residents were evacuated after a nearby hospital began receiving patients suffering from heat-related problems as there was no air conditioning due to power outages.

Three of those who died were in their nineties, including 99-year-old Albertina Vega. The youngest was 70, according to the Broward County Medical Examiner's office.

"We believe at this time they (the deaths) may be related to the loss of power in the storm," Hollywood police chief Tomas Sanchez told a news conference.

Scott vowed to "aggressively demand answers" on how this happened. "This situation is unfathomable," he fumed in a statement.

The governor said he ordered a probe by state authorities, while Sanchez confirmed a criminal investigation has been launched.

"(We) quickly identified some issues inside the facility with fire rescue and immediately evacuated the building," Katz said.

He said most of the patients admitted to hospital have been treated for respiratory distress, dehydration and heat-related problems.

Heartbreak For Some Returnees -

Florida residents that heeded warnings to evacuate ahead of the storm faced lengthy traffic jams as they returned home after days in shelters or with friends or family.

Irma, which made landfall Sunday morning in the Florida Keys as a Category 4 hurricane, had triggered orders for more than six million people to flee to safety, one of the biggest evacuations in US history.

Some Florida Keys residents faced scenes of devastation as police lifted roadblocks on Tuesday and began allowing people to return to the string of islands off the state's southern coast.

Daniel Drum, 67, already knew how bad it was because he rode out the storm in his two-story house on Cudjoe Key, where Irma made its first US landfall.

On Wednesday, he climbed down from what had been the upper floor of his home on a ladder, wearing only underwear and flip-flops because the wind blew away his clean clothes.

The first floor was a pile of rubble. The walls were gone, and only the pilings holding up the top floor remained.

"I had two baskets full of clean laundry and they just took to the air. And my pants, my phone, my wallet are all gone. As well as everything else I can think of," he said.

At least a quarter of the homes in the Keys were destroyed, federal emergency management officials said, and 65 percent suffered some damage.

The storm also cut off power, water and sewage to the islands, home to some 70,000 people.

France, Britain and the Netherlands have been criticized for the pace of relief efforts for their overseas territories ravaged by the storm.
Islanders have complained of a breakdown in law and order and widespread shortages of food, water and electricity.

Touring Saint Martin, Macron was at times jeered by people waiting for aid supplies or hoping to catch flights to France to escape the devastation across the island.

Macron pledged on Saint Barts, population 9,000, that an emergency relief fund for victims would be operational by Monday.

Promoted
Listen to the latest songs, only on JioSaavn.com
British Foreign Secretary Boris Johnson visited the British Virgin Islands and Anguilla on Wednesday and pledged "absolute commitment" to Britons there.

King Willem-Alexander of the Netherlands has also toured Sint Maarten, the Dutch side of the island shared with France, meeting residents on Saba island, and was set to travel to Sint Eustatius, which suffered severe damage.