Trump said it was "highly unlikely" he would accept China's request to hold off on the increase, which is due to take effect on January 1. 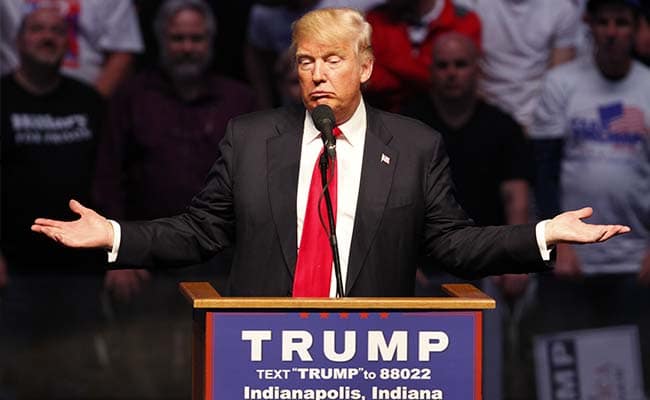 Trump said that if negotiations with China were unsuccessful, he would also put tariffs on other imports.

US President Donald Trump said yesterday he expected to move ahead with raising tariffs on $200 billion in Chinese imports to 25 percent from the current 10 percent and repeated his threat to slap tariffs on all remaining imports from China.

In an interview with the Wall Street Journal four days ahead of his high-stakes meeting with Chinese President Xi Jinping in Argentina, Trump said it was "highly unlikely" he would accept China's request to hold off on the increase, which is due to take effect on Jan. 1.

"The only deal would be China has to open up their country to competition from the United States," Trump told the Journal. "As far as other countries are concerned, that's up to them."

Trump, who is due to meet Xi on the sidelines of a G20 summit in Buenos Aires this week, said that if negotiations were unsuccessful, he would also put tariffs on the rest of Chinese imports.

"If we don't make a deal, then I'm going to put the $267 billion additional on," at a tariff rate of either 10 percent or 25 percent, Trump told the Journal.

A Chinese official told reporters last week that the two leaders would look to set guidelines for future talks.

"The main issue is how to settle down the trade war," the official said on condition of anonymity due to the sensitive nature of preparatory negotiations. "I am conservatively optimistic that can be done," he added.

At a regular news briefing in Beijing today, Chinese foreign ministry spokesman Geng Shuang reiterated China's hope that both sides could work towards a "positive outcome" from the meeting between the two leaders, citing a "consensus" they reached during a Nov. 1 telephone call.

Trump said the next round of tariffs could also be placed on laptops and Apple Inc's iPhones imported from China, which are part of that $267 billion list of goods not yet hit by tariffs.

"Maybe. Maybe. Depends on what the rate is," Trump said, referring to the possibility of tariffs on mobile phones and laptops, according to the Journal. "I mean, I can make it 10 percent, and people could stand that very easily."

Shares in Apple fell in after-hours trading after the interview was published. An Apple spokesman did not immediately respond to Reuters' queries.

Apple CEO Tim Cook has personally pressed the issue of tariffs with Trump, telling the president that while there are valid concerns about US-China trade relations, tariffs are not the best way to resolve them.

Despite using contract manufacturers to make most of its products overseas, Apple has also sought to emphasize its contribution to the US economy, saying it plans to spend about $55 billion in 2018 with its US based suppliers.

US- China RelationsDonald TrumpTrump on China