The attachments use a gun's recoil to bump its trigger, enabling a semiautomatic weapon to fire hundreds of rounds per minute, which can transform the firearm into a machine gun 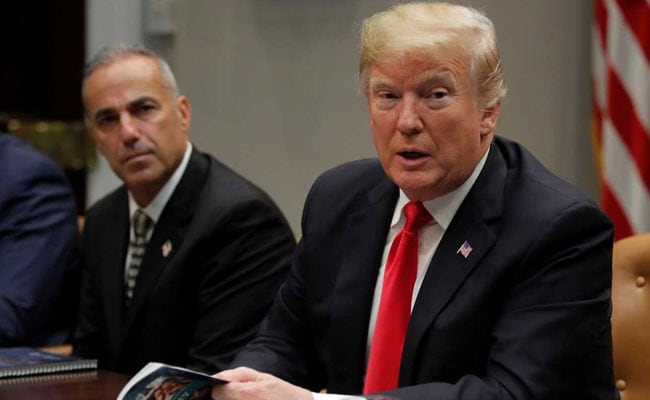 The Trump administration on Tuesday banned the high-power gun attachments of the type used in last year's Las Vegas shooting massacre of 58 people, giving the owners of "bump stocks" 90 days to turn in or destroy the devices and blocking owners from being able to register them.

His administration, though, is sidestepping any potential debate in Congress in issuing a final rule on Tuesday that adds bump stocks to a definition of machine guns written 80 years ago, during the heyday of gangsters' use of "tommy guns."

The attachments use a gun's recoil to bump its trigger, enabling a semiautomatic weapon to fire hundreds of rounds per minute, which can transform the firearm into a machine gun. 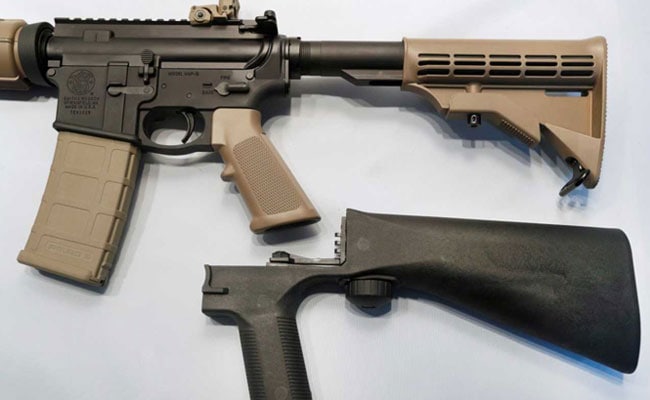 The Justice Department's regulation follows the lead of many states and retailers that imposed stricter limits on sales of guns and accessories after a deadly shooting in February at a Florida high school.

Gun Owners of America said on Tuesday that it was going to court to fight the new rule and would seek an injunction. The group said the department was attempting to rewrite laws, the regulation would lead to bans on other weapons, and bump stocks do not qualify as machine guns.

On an earlier call with reporters, senior Justice Department officials said they were ready for any possible lawsuit and confident in the review of case law they conducted while writing and revising the regulation. The department received nearly 190,000 comments on its proposal for the regulation.

The websites for the most well-known bump stock manufacturers, Bumpfire System and Slide Fire, displayed notifications on Tuesday that they had already ceased direct sales of the devices. RW Arms, which both manufacturers described as a leading retailer, was not immediately available to comment on the ban.

While bump stocks are not widespread, they are still plentiful in the market, with high sales over the internet and in big-box stores, the officials said on the call.

Walmart Inc stopped selling assault firearms and accessories in 2015. After the Feb. 14 shooting at Marjory Stoneman Douglas High School in Parkland, Florida, the retailer raised the minimum age for buying guns at its stores. Other retailers, including Kroger Co, have also raised the minimum buying age.