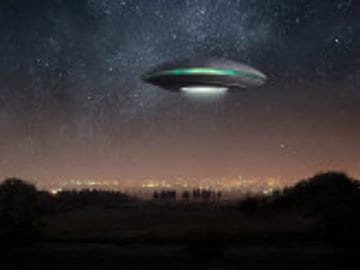 Washington: Finding industrial pollution in Earth-like planets may hold the key to the search for advanced civilisation elsewhere other than our home planet, says a study.

It is possible to spot the fingerprints of certain pollutants under ideal conditions, which would offer a new approach in the search for extra-terrestrial intelligence (SETI), the study by Harvard-Smithsonian Center for Astrophysics (CfA) noted.

A particularly advanced civilisation might intentionally pollute the atmosphere to high levels and globally warm a planet that is otherwise too cold for life.

"People often refer to ETs as 'little green men,' but the ETs detectable by this method should not be labeled 'green' since they are environmentally unfriendly," said co-author Avi Loeb, a professor of science at Harvard University.

The researchers calculated that JWST could tease out the signal of CFCs if atmospheric levels were 10 times those on Earth.

There is one big caveat to this work. JWST can only detect pollutants on an Earth-like planet circling a white dwarf star, which is what remains when a star like our Sun dies.

Finding pollution on an Earth-like planet orbiting a Sun-like star would require an instrument beyond JWST -- a next-next-generation telescope.

While searching for CFCs could ferret out an existing alien civilisation, it also could detect the remnants of a civilisation that annihilated itself, the researchers noted.

Promoted
Listen to the latest songs, only on JioSaavn.com
Some pollutants last for 50,000 years in Earth's atmosphere while others last only 10 years.

The study appeared online in The Astrophysical Journal.