US Transportation Security Administration officials spotted the bag carrying the suspicious item as it was going through an X-ray machine. 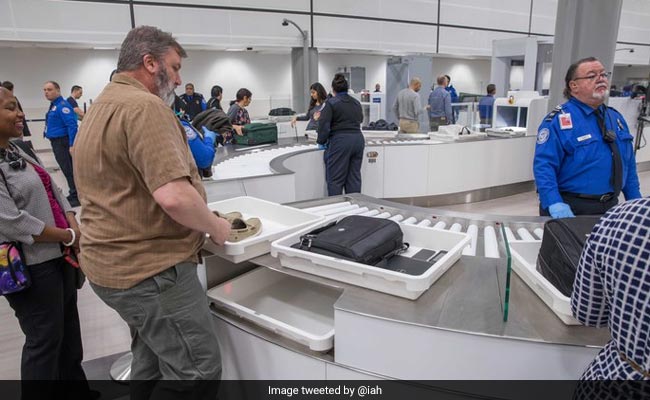 The toy grenade was picked up by an X-ray machine leading to the evacuation. (Representational)

Houston: A security checkpoint inside a Houston airport was briefly evacuated early Thursday after security screening found what appeared to be a hand grenade in a passenger's bag, airport officials said, then later determined it was a toy.

U.S. Transportation Security Administration officials spotted the bag carrying the suspicious item around 4:30 a.m. CDT (0930 GMT) as it was going through an X-ray machine at William P. Hobby Airport, said Bill Begley, a spokesman for the Houston Airport System.

"It turns out that it was a novelty grenade that a young person had packed in their bags but we didn't know that, so immediately the protocols were put in place," Begley said in a phone interview.

Photos on Twitter showed hundreds of travelers crammed together, about 200 feet from the security checkpoint to the lobby area, as they waited for TSA screenings to resume.

Begley urged passengers to review TSA guidelines on what can be carried in luggage, saying, "They can help us greatly by understanding what they can and cannot pack in a bag.
© Thomson Reuters 2018

(This story has not been edited by NDTV staff and is auto-generated from a syndicated feed.)
Comments
Houston Airport EvacuationBomb scare