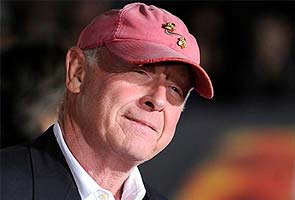 Los Angeles: Tony Scott, director of Hollywood blockbusters such as Top Gun, Days of Thunder and Beverly Hills Cop II, has died after jumping from a Los Angeles County Bridge.

US Coast Guard Lt. Jennifer Osburn tells the Daily Breeze a suicide note was found inside Mr Scott's black Toyota Prius, which was parked on one of the eastbound lanes of the bridge.

Tony Scott was the younger brother of Alien director Ridley Scott. His breakthrough film was Top Gun which made him one of Hollywood's A-list action directors and made a star of Tom Cruise. Mr Scott went on to direct such actors as Robert De Niro, Denzel Washington, Brad Pitt and Will Smith.

Promoted
Listen to the latest songs, only on JioSaavn.com
Ridley and Tony Scott collaborated on TV projects Numb3rs and The Good Wife, and the film version of The A-Team starring Liam Neeson and Bradley Cooper.