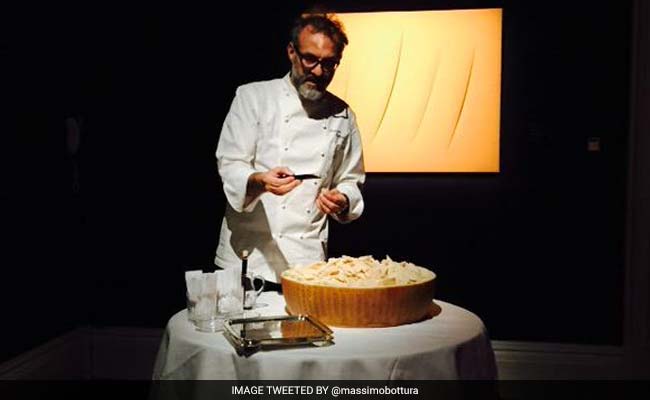 RIO DE JANEIRO: Restaurant-goers usually pay hundreds of euros to eat the creations of Massimo Bottura, but he will be serving poor Brazilians for free at the Olympics.

The 53-year-old Italian modernist chef owns Osteria Francescana in Modena, rated best in the world by Restaurant magazine this year.

He is known for dishes such as "An eel swimming up the Po River" eel with polenta, Campanie apple jelly, burnt saba onion and charcoal salt.

It will set you back 220 euros at his restaurant, which has three Michelin stars.

In Rio de Janeiro, Bottura will be serving up scraps, and his customers won't pay a cent.

The idea is to tackle the twin social ills of waste and poverty with one creative, delicious project set against the backdrop of Rio de Janeiro's lush landscapes amid the excitement of the Olympics.

Bottura's ingredients will be garbage-bound surplus food donated by the catering companies at the Olympic park and athletes' village.

He and a team of celebrity chefs plan to use that to make some 5,000 meals for some of the most "vulnerable" people in Brazil, a country plagued by poverty and inequality.

Their restaurant, called Refettorio Gastromotiva, will open on Monday in the trendy Lapa neighborhood.

The 108-seat restaurant is funded by corporate sponsors. Customers will be chosen by charities working in Rio's poorest neighborhoods.

The restaurant was decorated by renowned Brazilian artist Vik Muniz, with furniture designed by the Campana brothers, icons of Brazilian design.

It is the brainchild of Bottura, Brazilian chef and activist David Hertz and journalist Alexandra Forbes.

"I promised my mother I would use my fame to make invisible people visible. The time has come to give back to the world what it has given to me," said Bottura.

"We have an opportunity with this project, which is cultural, and not a charitable project, to fight wastefulness. If we change the way people think, we can help give birth to a new tradition," he told a press conference.

They will take turns cooking, setting the menu based on the ingredients available which will be surplus food, not leftovers.

Rio city hall has granted them the site free of charge for 10 years.

After the Olympics and Paralympics, Refettorio Gastromotiva will operate as a culinary institute as well as a regular restaurant.

Patrons paying to eat there will also donate a meal to someone in need, under the motto "buy lunch, give dinner," a spokeswoman said.

Co-founder David Hertz, who runs a "social gastronomy" charity in Brazil called Gastromotiva, said the project is more about changing the way people think than feeding them.

"We had never worked with the issue of food waste before. That's a legacy we'll leave," he said.

The project builds on a similar one, Refettorio Ambrosiano, that Bottura launched last year for the World's Fair in Milan.

He is working on others in Los Angeles, New York and Montreal, to open next year.