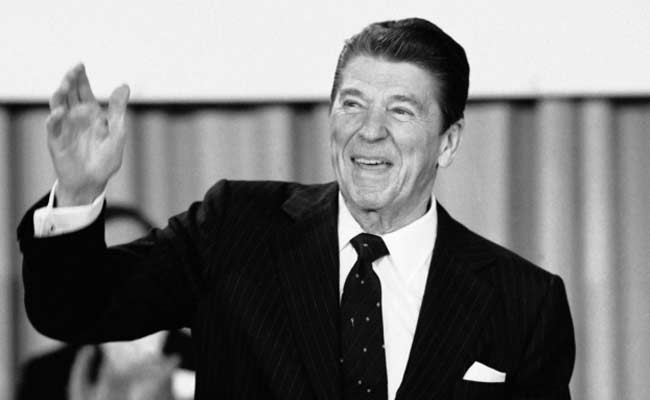 Washington: The US went soft on Pakistan's nuclear smuggling efforts during former President Ronald Reagan's administration, fearing that any action would upset their bilateral ties at a critical time of the Afghan war, according to new declassified documents.

The documents were declassified amid reports that the Obama Administration is considering a civil nuclear deal with Pakistan.

Declassifying a number of documents, the National Security Archive (NSA) said that the Reagan administration had an internal debate over policy towards Pakistan's developing nuclear capability.

The debate led to a letter from President Reagan to Pakistani dictator Muhammad Zia-ul-Haq, never before published, asking for a commitment to low levels - five per cent - of nuclear enrichment.

Five per cent would amount to a "red line", which some in Washington believed would trigger sanctions, although President Reagan's letter did not directly threaten to cut aid in the event of non-compliance.

Through the 1980s, the war in Afghanistan had priority over Pakistan's nuclear programme and President Reagan and his top advisors did not want to take any action that would jeopardise Pakistan's role as a conduit for US aid to the Mujahadin, NSA said in a media release.

In his letter dated September 12, 1984, Ronald Reagan wrote of his "appreciation" that Zia-ul-Haq had made the assurance on five per cent, further stating that higher levels of enrichment above five per cent "would have the same significance" as the other nuclear activities, such as unsafeguarded reprocessing which "I had personally discussed with you and would have the same implications for our security programme and relationship."

Ronald Reagan said enrichment above five per cent was "no different" from the other activities, but the letter did not make explicit the threat of an aid cut-off.

NSA said the Soviet war in Afghanistan, and US support for Pakistan's aid to the mujahidin, was the context for President Reagan's points on nuclear proliferation.

That Afghanistan was the overwhelming priority was also evident in draft talking points that were prepared for Ambassador Hinton: Washington remained "fully committed to supporting you in our common effort."

The talking points went on at some length about nuclear issues, including the importance of Pakistani assurances and the need for Indian-Pakistani dialogue, but they included no reference to penalties if Pakistani cooperation was found wanting, NSA said.

Significantly, the talking points refer to Washington's "judgment" that it is "likely that at some point India will take military action to pre-empt your military programme".

Such a possibility had been discussed in previous national intelligence estimates, NSA said.

Consistent with the allusion to an Indian threat, the talking points included an inducement for Pakistan to adopt safeguards on its nuclear facilities: in light of the threats that Pakistan faced, "we would be prepared to act promptly to discourage or help deter such action as you move toward safeguards".

Whether this offer, close to a security guarantee, was actually made to General Zia-ul-Haq remains to be learned, NSA said.

It added that a wide-ranging 1985 CIA report analysed General Zia's "gamble" on a close strategic relationship with the US, waged in the face of broad domestic opposition which was deeply suspicious of Washington and fearful that Pakistan would be embroiled in a conflict with the Soviet Union.

To keep India and the Soviet Union at bay, Zia-ul-Haq wanted to pursue a close security relationship with Washington and secure increased aid to support military modernisation.

To avoid "pressure" from Moscow, however, Zia-ul-Haq opposed any publicity for US indirect aid to the insurgents in Afghanistan, although he wanted it to keep flowing to prevent the Soviets from consolidating their position, it said.

The CIA saw Zia-ul-Haq and the Pakistani public generally as deeply committed to a nuclear weapons capability as security against India; accordingly, if Washington cut aid to Pakistan for non-proliferation reasons, CIA analysts argued that Zia-ul-Haq would reduce support for the resistance in Afghanistan and intensify work on nuclear weapons development.

An aid cutoff could even lead to General Zia's overthrow or resignation in light of his gamble on close relations with the United States, NSA said referring to the documents.