The workers were struck by cables when a temporary brace attached to the main cable of a gondola failed, police said. 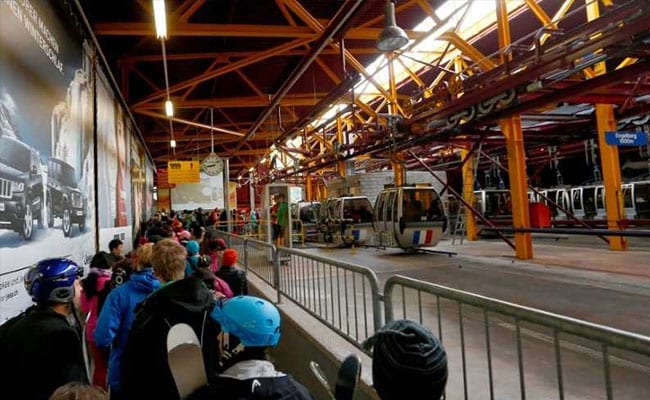 One person was killed and six others injured in an accident at the Swiss mountain resort of Engelberg Titlis on Wednesday during maintenance work on an out-of-service ski lift.

The workers were struck by cables when a temporary brace attached to the main cable of a gondola failed, police in the central canton of Obwalden said.

Two workers suffered serious injuries, while another suffered moderate injuries, police said. The three others were slightly hurt, and the three most seriously injured were taken on rescue helicopters to hospitals.

No tourists were involved in the incident, said a spokesman for the publicly listed cable car company Bergbahnen Engelberg Truebsee Titlis Bet AG, which operates the lifts at the resort 35 km south of the city of Lucerne.

No gondolas were attached to the main cable at the time of the accident as the lift had been shuttered due to planned routine maintenance, the spokesman said.

The company's lifts, which include a rotating gondola, bring people to more than 3,000 metres above sea level. While the ski season is now over, some Titlis lifts operate year-round as the region is visited by hundreds of thousands of international tourists.

Police said investigators from the Forensic Institute of Zurich, which investigates accidents and criminal cases, would examine the cause of the incident.

(Except for the headline, this story has not been edited by NDTV staff and is published from a syndicated feed.)
Comments
swiss mountain resortinjuredone killed 6 injured