Timeline Of Gay Marriage And Rights In Australia

It followed a historic nationwide survey that saw Australians vote overwhelmingly in favour of marriage equality. 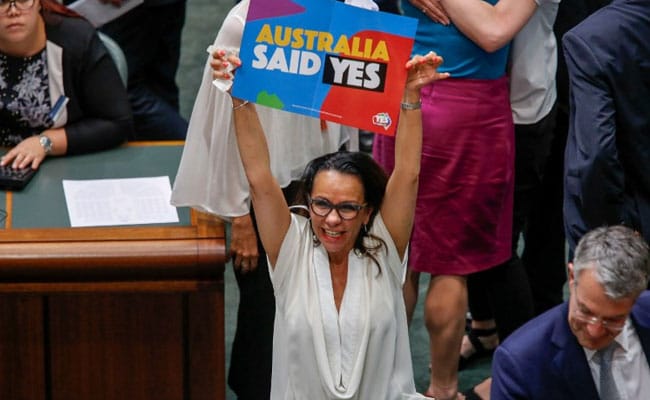 It followed a historic nationwide survey that saw Australians vote overwhelmingly in favour of marriage equality.

Here is a timeline of key moments in marriage rights in Australia:

1961: Australia introduces its first Marriage Act, but it does not include a formal definition of marriage

2004: The Marriage Act is amended to add the definition that "marriage means the union of a man and a woman to the exclusion of all others"

2009: De facto couples are given similar rights to those who are married 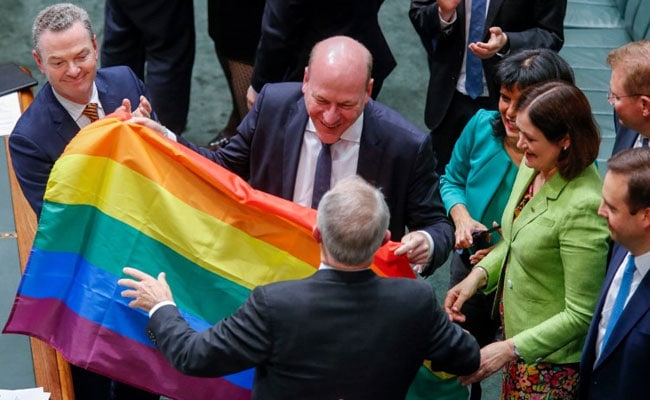 The right to marry in Australia, no longer determined by sex or gender

September 2017: Ballot papers for the postal vote are sent out

November 15, 2017: Some 61.6 percent of eligible Australians vote in favour of changing the law to allow same-sex couples to marry

December 7, 2017: The lower House of Representatives votes overwhelmingly in support of same-sex marriage

Promoted
Listen to the latest songs, only on JioSaavn.com
December 9, 2017: The marriage reforms will take effect with same-sex couples able to lodge a notice to marry, and the right to marry in Australia no longer determined by sex or gender

(This story has not been edited by NDTV staff and is auto-generated from a syndicated feed.)
Comments
AustraliaSame-sex marriageAustralia marriage equality