Thousands in Chile's 'March for Equality' to Support Gay Rights 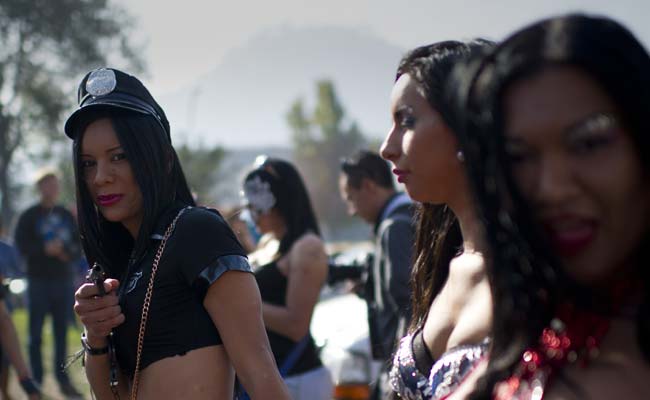 Santigo: Thousands of people, many waving rainbow-colored flags, gathered in Santiago on Saturday for a "March for Equality," pushing for Chile to acknowledge more gay rights.

The boisterous crowds showed their support for equality in the socially conservative South American nation, which has been slower to adopt gay marriage laws than some of its neighbors.

March organizers estimated the size of the crowd at 50,000.

Couples, some wearing wedding dresses, kissed for the cameras as they marched in downtown Santiago, ahead of International Day Against Homophobia and Transphobia on Sunday.

"It was a family-friendly, diverse and colorful event that marks one more step forward in Chile's social movement," a spokesperson for the Movement for Homosexual Integration and Liberation (Movilh) told AFP.

The spokesperson urged Chile's government to do more to support transgender people, which he said face the greatest risk among Chile's lesbian, gay, bisexual and transgender (LGBT) community.

"Today, it is important to make clear that the Chilean government urgently needs to recognize the rights of the trans community, which is the most vulnerable," he said.

On Friday, the rainbow flag was raised at embassies, local government offices and at the headquarters of some political parties to mark Sunday's day against homophobia and transphobia.

Promoted
Listen to the latest songs, only on JioSaavn.com
Gay marriage has been recognized in Argentina, Uruguay and Brazil and Colombia and Ecuador recognize civil unions or partnerships of same-sex couples.