The island of Pladda is currently owned by fashion designers Derek and Sally Morten, who bought it 30 years ago. 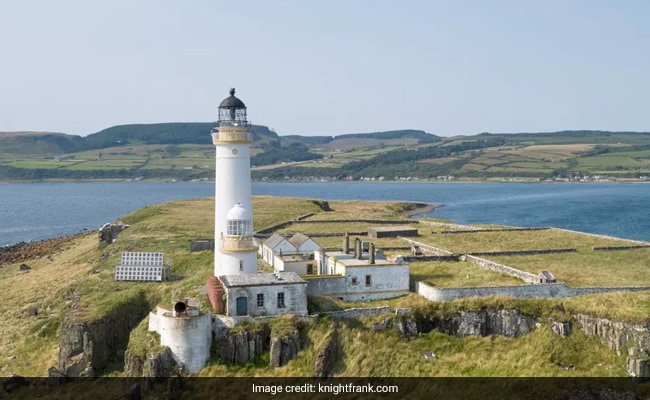 The teardrop-shaped island can be reached by boat.

A tiny Scottish island named Pladda is being sold for 350,000 pounds (approximately Rs 3.35 crore), according to a report in the BBC. Located on the west coast of Scotland, the island includes a five-bedroom house, a helipad and lighthouse dating back to the 1790s. It is attracting social media users' attention because the asking price is much below the average price of a two-bedroom flat in Mumbai. Just 50 kilometres from Glasgow, the island can be reached by boat from Ardrossan on the mainland.

The BBC said that the 28-acre island has been empty for several years and needs renovation before it becomes livable again.

Pladda is currently owned by fashion designers Derek and Sally Morten, who bought it 30 years ago. It is listed with real estate agency Knight Frank.

The teardrop-shaped island comes with a former Lighthouse Keeper's accommodation, including two reception rooms, five bedrooms and a bathroom, as well as a separate accommodation including a bedroom, shower room, kitchen and sitting room.

According to the listing by Knight Frank, "The island is an important breeding ground and stop off point for a variety of migratory seabirds. Over 100 species of birds have been recorded on Pladda island in the past."

"The island has successful breeding colonies of Artic Terns, a variety of gull species, Turnstones and Shags," the listing further said.

The views of this island stretch across the Kintyre and Ayrshire coasts, to Ailsa Craig and even Northern Ireland on a clear day.

According to the BBC, the island has been put on sale at a time when house prices in the UK reached a record high. Scotland has an average price of 201,549 pounds, Wales is 219,281 pounds and Northern Ireland is 187,833 pounds, the outlet further said, citing mortgage lender Halifax.