But the village on the County Durham coast is now at the centre of a mystery -- as bundles of cash keep turning up in the street. 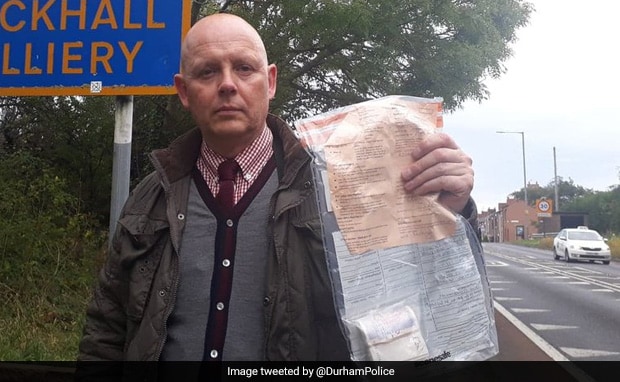 Bundles of cash keep turning up in the streets of the village. (Twitter)

Blackhall Colliery has one claim to fame -- its beach featured in the climax of the Michael Caine film "Get Carter". Apart from that, it is like many struggling former mining villages in northeast England.

But the village on the County Durham coast is now at the centre of a mystery -- as bundles of cash keep turning up in the street.

These bundles are always left in plain sight such as on pavements and discovered by random members of the public who have handed them in," said Detective Constable John Forster.

The latest discovery on Monday was the fourth this year, he added, speculating that a Good Samaritan could be dropping off the cash parcels.

Mr Forster, who said inquiries had so far drawn a blank, praised the "incredible community spirit" of the locals who had handed in the cash -- with newspapers suggesting the village could be the most honest place in Britain.

Villagers speculated to The Guardian that the mysterious benefactor could be "one of these secret millionaires" or even a "Blackhall Santa".

"It's not a run-down area but nothing ever that good really happens around here," one resident was quoted as telling the newspaper.

"It might be someone trying to help -- a Santa's little elf. I hope it's that."

Like many other former pit villages, Blackhall Colliery has struggled since its mine closed in the 1980s.