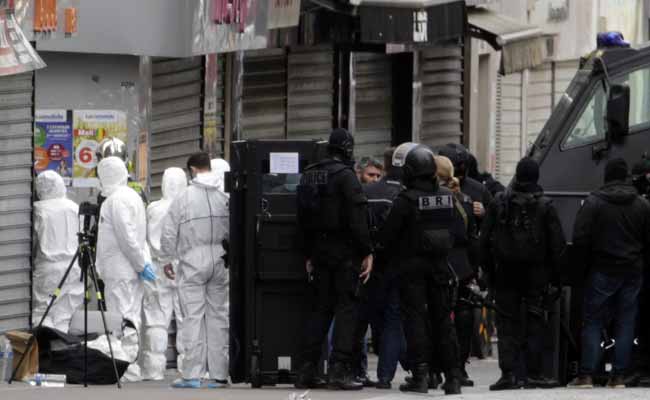 French Police special forces raid an appartment, hunting those behind the attacks that claimed 129 lives in the French capital days ago. (AFP)

Paris: A third body has been found in the rubble of an apartment where the suspected ringleader of the Paris attacks was killed in a fierce shootout with police, prosecutors said today.

Elite police launched a massive assault on the apartment on Wednesday as part of the manhunt for suspects linked to the killing of 129 people in Paris attacks.

During a violent exchange of gunfire, one of the people inside the apartment detonated an explosives vest.

After the raid the body of the suicide bomber was found, as was the bullet-riddled corpse of the man suspected of orchestrating the attacks, Abdelhamid Abaaoud.

The apartment was severely damaged in the raid and police have now uncovered a third body, a woman, in the rubble.

A statement by prosecutor said a handbag was found containing the passport of Abaaoud's female cousin Hasna Ait Boulahcen, who was suspected of dying in the raid.

The identity of the third body was not disclosed by the prosecutors.

Police on Thursday raided the home of Boulahcen's mother as it emerged the 26-year-old woman had transformed from a party girl who liked wearing cowboy hats to a radical Islamist who adopted the full-faced veil six months ago.

"She was unstable, she created her own bubble. She wasn't looking to study religion, I have never even seen her open a Koran," her brother told AFP.