There's A Small Chance An Asteroid Will Smack Into Earth In 2135; NASA Is Working On A Plan

An aerospace engineer insists the plan is theoretical. It sounds like a movie script. 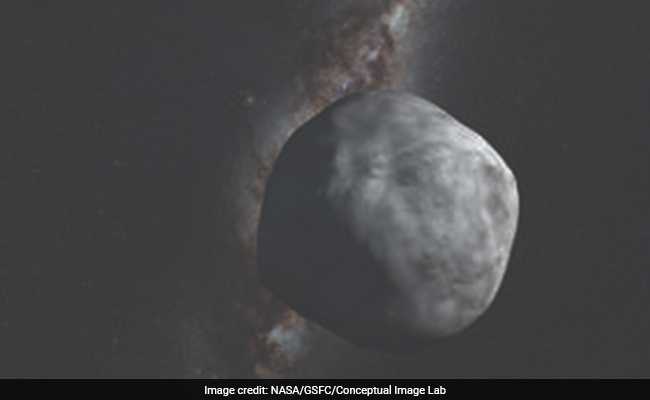 The odds of asteroid Bennu actually hitting us are about 1 in 2,700.

Here's a tip for the planners among us: If you have dinner reservations or theater tickets for Sept. 22, 2135 (it's a Thursday), now might be a good time to scuttle them.

Sometime the day before, scientists say, there is a small chance that an asteroid the size of the Empire State Building will smack into Earth, destroying a lot of living things on the planet.

But don't worry. NASA has got you covered.

Forward-thinking astrophysicists and people who specialize in blowing things up with nuclear weapons have come up with a plan, which they swear was not drawn up by Bruce Willis.

If the asteroid - it is named Bennu - decides to go rogue, they could send a nearly nine-ton "bulk impactor" to push it out of Earth's orbit. Or, more likely, they would gently nudge it out of its apocalyptic path using a nuclear device.

The scheme is called the Hypervelocity Asteroid Mitigation Mission for Emergency Response. Or, for people who love acronyms and despise subtlety: HAMMER.

Brent Barbee, the NASA aerospace engineer who helped author the study, insists that it is all theoretical. (His exact words: "Please don't print that an asteroid is going to crash into Earth in The Washington Post.")

But using granular detail and eye-glazing amounts of math, the researchers believe they have a viable solution to a world-rattling what-if question.

There is, of course, no massive mission to build a craft capable of playing a celestial game of space pool. The odds of Bennu actually hitting us are about 1 in 2,700. And the asteroid is not big enough to send us the way of the dinosaurs.

But that doesn't mean there is no practical application, Barbee told The Post.

"We're doing these design studies to prepare ourselves, so if we do find a threatening object, we're better prepared to deal with it," he said.

Things from space smack into Earth all the time. Most of them are not existential threats, but some are large enough to cause injury or property damage. Generating a working framework to avoid an Earth impact could save lives.

Until recently, the framework has basically been luck.

In 1908, what many believe to be an asteroid crashed into an area near the Podkamennaya Tunguska River in Siberia, according to the BBC. It struck with a force 185 times as powerful as the Hiroshima atomic bomb, flattened 80 million trees and reduced hundreds of reindeer to charred carcasses.

A century later in 2013, a 10-ton, 49-foot-wide meteor streaked over Russia's Ural Mountains at hypersonic speeds, shattering windows and injuring 1,100 people, Fox News reported. (Most were injured by shattered glass as they watched the meteor cross the daytime sky). The meteor broke up before it hit the ground but still left scars in nearby ice that were the length of a bus.

The only reason more people weren't killed or injured, Barbee told The Post, is because the objects struck places where there weren't many people.

NASA has a Planetary Defense Coordination Office that tries to detect dangerous asteroids and comets close to Earth's orbit.

There are more of these things than many people think, Barbee said. Researchers detect about 1,000 new objects each year; 10,000 extraterrestrial objects beelining for Earth could still be unaccounted for.

The defense coordination office also comes up with plans for deflecting or destroying discovered objects.

What Asteroid Bennu provides, besides pretty good fodder for a doomsday cult, is an opportunity for scientists to test those theories.

Bennu is, the report says, a "well-studied roughly spherical body" that gives researchers a good target for their calculations - data points to punch into the algorithm. They can see Bennu with telescopes and track the impact its gravity has on other celestial objects.

Soon we will know more. NASA's OSIRIS-REx spacecraft has been en route to Bennu for two years, according to the agency. It contains instruments that "will map Bennu and establish the composition of the asteroid, including the distribution of the elements, minerals and organic materials."

It will also scrape off a 2.1-ounce sample and bring it back to Earth, NASA says.

If the odds are not in Earth's favor, and Bennu becomes a bigger threat, OSIRIS-REx could be followed by a beefier craft that would break off a lot more.

(This story has not been edited by NDTV staff and is auto-generated from a syndicated feed.)
Comments
NASAAsteroid Bennu