There Is Now An Actual Crash Dummy To Protect Women Drivers

Until now, crash testing dummies were based on average male build and weight. 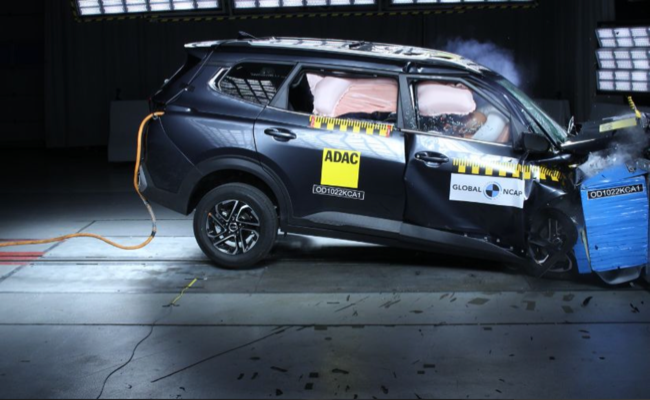 Experts testing the impact of an accident on drivers have now got their hands on crash dummies that can help women drivers. Till now, the dummies used in such cases were not of the appropriate height, a practice which has been part of the industry since the mid-1970s. But now, a team of scientists in Sweden have come up with dummies that are designed according to the body of an average woman.

The dummy that is being used as a substitute for women drivers so far is a scaled-down version of the male one, roughly the size of a 12-year-old girl. At 149 cm tall (4 feet 8 inches) and weighing 48 kgs, she represents the smallest 5% of women by the standards of the mid-1970s, according to a report in BBC.

The team of Swedish engineers have developed the first dummy, also known as a seat evaluation tool, designed on the body of the average woman, the BBC report said. Their dummy is 162 cm (5 fet 3 inches) tall and weighs 62 kg, more representative of the female population in the world.

According to the US government data, when a woman is in a car crash, she is up to three times more likely to suffer whiplash injuries in rear impacts in comparison with a man. Although whiplash is not usually fatal, it can lead to physical disabilities - some of which can be permanent.

Astrid Linder, Director of Traffic Safety at the Swedish National Road and Transport Research Institute, who is leading the research in Linkoping, Sweden, told BBC, "We know from injury statistics that if we look at low severity impacts females are at higher risk. So, in order to ensure that you identify the seats that have the best protection for both parts of the population, we definitely need to have the part of the population at highest risk represented."

As per the broadcasting house, Ms Linder further said that she hopes her research can help shape the way cars are specified in the future.

The average female dummy made by the Swedish scientists has a fully flexible spine. This essentially means the team can look at what happens to the whole spine, from the head to the lower back, when a woman is injured, the BBC report said.