The Smallest, Farthest Worlds Ever Explored By NASA Are Really Weird

The strange findings from both missions were presented this week at the annual Lunar and Planetary Science Conference outside Houston, raising questions and offering clues about how the solar system works. 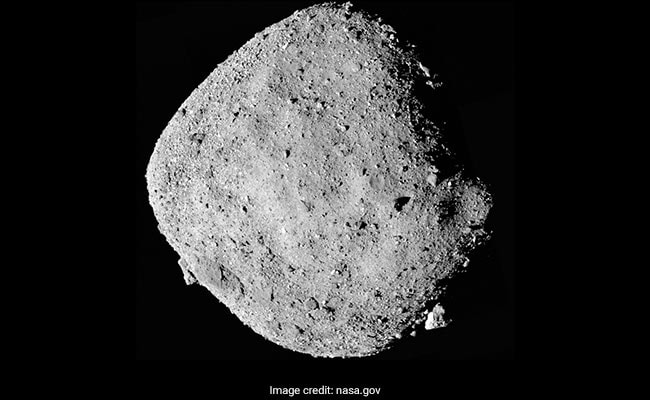 Mosaic image of asteroid Bennu made of 12 PolyCam images collected by OSIRIS-REx spacecraft.

In recent months, NASA has explored the smallest object ever orbited and the most distant body ever encountered -- and found that both worlds are weirder than anyone could have imagined.

The 800-foot-wide asteroid Bennu, which is currently being studied by the OSIRIS-REx spacecraft, produces strange plumes of dust particles. Principal investigator Dante Lauretta, a planetary scientist at the University of Arizona, called the discovery "one of the biggest surprises of my scientific career."

Meanwhile, data collected during the New Horizons spacecraft's New Year's Day flight past a far-flung icy object called MU69 suggests that the body is weirdly flat. Planetary scientist William McKinnon, a co-investigator on the mission, compared the two-part body to "a meatball attached to a pancake."

The strange findings from both missions were presented this week at the annual Lunar and Planetary Science Conference outside Houston, raising questions and offering clues about how the solar system works.

Though the dust plumes seen streaming off Bennu don't pose any threat to the spacecraft, OSIRIS-REx has revealed other, less pleasant, surprises in its four months at the asteroid. Researchers said Tuesday that the surface of Bennu is far more rugged than expected; some of the boulders that comprise this cosmic "rubble pile" may be as large as 150 feet across -- bigger than a baseball diamond.

The finding could pose problems for plans to scoop up a sample of the asteroid's surface material and bring it back to Earth, researchers said. Because they had believed that Bennu would be dusty, OSIRIS-REx doesn't have a mechanism for breaking up big rocks. The mission team instead plans to give Bennu something like an air kiss, using a puff of gas to raise a cloud of dusty material and gather it into a capsule that will eventually be sent back home.

The team will need to spend the next year or so carefully seeking a site that contains the right kind of material for this sample collection process. And when the time comes to actually grab the sample, in 2020, spacecraft operators will have a tough time navigating Bennu's rough terrain. But NASA assured reporters Tuesday that it is up to the challenge.

"The first three months of OSIRIS-REx's up-close investigation of Bennu have reminded us what discovery is all about -- surprises, quick thinking and flexibility," said Lori Glaze, acting director of NASA's planetary science division.

The New Horizons spacecraft is already speeding away from MU69, an inhabitant of a dark and distant region called the Kuiper belt that surrounds the solar system beyond Neptune. The probe is now so far from Earth it takes more than six hours for signals from the spacecraft to reach scientists on the ground.

But as data trickled down to Earth in the months since New Horizon's historic flyby, scientists have slowly built a picture of the most distant body ever explored.

Its oddball shape suggests it was formed from two smaller bodies that danced around one another in a shared orbit, getting closer and closer until they gently fused together. The entire collision would have been about as forceful as a human briskly walking into a wall, McKinnon said.

In a solar system where many objects were born out of catastrophic cataclysms, this gentle formation process is intriguing, he added. It lends support for a theory in which the building blocks of planets slowly coalesce out of rotating clouds of pebbles, McKinnon said. This would also explain the orientation of MU69′s two lobes, which appear to have been placed beside each other, rather than haphazardly smushed together.

It will take many more months to retrieve all the data collected during New Horizons' brief encounter at MU69, and years to understand what it all means. Scientists still aren't sure what made the larger of the body's two lobes so flat; it looks as though a giant alien sat on it.

"It's quite a spectacular object," said the mission's principal investigator Alan Stern. "It caught us by surprise."

(Except for the headline, this story has not been edited by NDTV staff and is published from a syndicated feed.)
Comments
NASAAsteroid Bennu