Sharif, Mariam and Safdar sent three separate letters to the interior ministry to remove their names from the exit control list on the basis that no institution ordered their names to be put on the list. 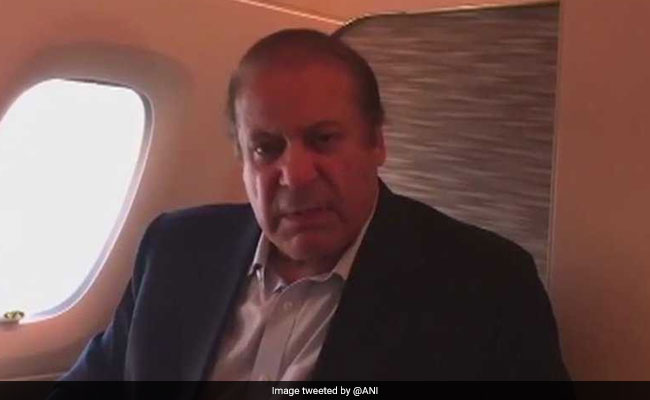 Deposed Pakistan prime minister Nawaz Sharif has petitioned the interior ministry to remove his name along with that of his daughter and son-in-law from the no fly list, media reports said today.

One of the first decisions of the Imran Khan-led government was to place Sharif, his daughter Maryam Nawaz and son-in-law Capt (retd) Muhammad Safdar as part of the government's anti-corruption drive.

When the government placed the trio on the exit control list (ECL), they were serving prison sentences after they were convicted in a corruption case regarding their Avenfield flats in London. However, the Islamabad High Court released them from jail and suspended their sentences.

Those listed on the ECL are prohibited from leaving Pakistan.

Sharif, Mariam and Safdar sent three separate letters to the interior ministry to remove their names from the ECL on the basis that no institution ordered their names to be put on the list.

The order of the federal government is unconstitutional and illegal, read their letters, adding that keeping their names on the ECL is against Articles 4, 15 and 25 of the Constitution.

They pointed out that the National Accountability Bureau (NAB) was unable to prove the corruption allegations levelled against them.

The letter says that the Sharif family members are law-abiding citizens who surrendered themselves before the authorities after an accountability court judge declared them guilty.

They pointed out that they have been attending court hearings and have submitted bonds to the court.

In the letter, the Sharifs say that the accountability court gave them permission to go abroad.