The Man Who Has Seen More US Executions Than Anyone Else

Michael Graczyk watched a 29-year-old known as "Cowboy" who had been convicted of killing Shirley Droulet, a mother of five, taking his last breaths. 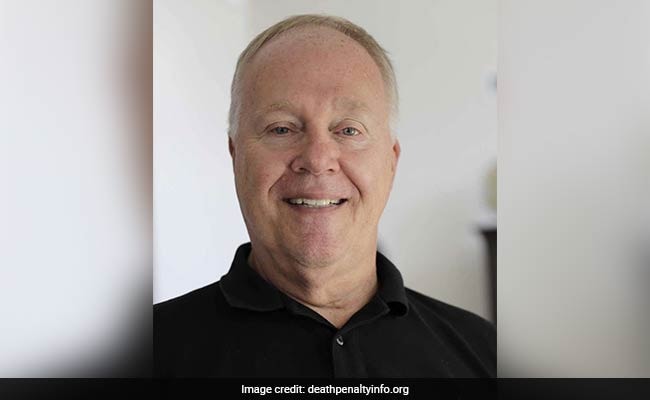 Michael Graczyk saw someone die for the first time in March 1984. Graczyk, a reporter with the Associated Press, walked into a Texas prison to watch the execution of James David Autry, who had been sentenced to death for killing a convenience store clerk four years earlier.

Graczyk watched as Autry - a 29-year-old known as "Cowboy" who had been convicted of killing Shirley Droulet, a mother of five - took his final breaths. It was the second time Graczyk had gone to the prison expecting to see Autry's execution; a few months earlier, a Supreme Court reprieve halted the lethal injection with the needles already in Autry's arms.

When it was over, after the lethal drugs were injected and after Autry's eyes fluttered open one last time, Graczyk sat down to write his story. His dispatch was circulated to readers across Texas and the nation. He wrote about how Autry had unsuccessfully tried to have his execution aired on television and about the heavy fog outside the prison and about Autry's final meal (a hamburger, fries and a Dr Pepper).

Not long after, Graczyk returned to the prison to witness another lethal injection, then another, and then so many he stopped counting. His job as an AP reporter in Texas gave him a front-row seat to the epicenter of the American death penalty. Across more than three decades, he has witnessed more than 400 executions, likely more than any other person in the United States.

"I understand there's a certain curiosity that a lot of people have about that," Graczyk, 68, said during an interview this week. "It certainly comes up in conversations with people who want to know wow, what's that like. It's not something I generally bring up."

On Tuesday, Graczyk is scheduled to attend a lunch in Dallas in his honor and then retire from the wire service. He won't step away from covering executions entirely. Graczyk lives near Houston, and he plans to help the AP cover them as a freelancer since he lives not far from the death chamber in Huntsville, Texas. But he will abandon the routine he had set up to cover executions, a process that started weeks before the actual lethal injections were scheduled to take place. He would seek interviews with the inmates as well as relatives of the victims, research the legal issues of the case and explore any appeals.

Graczyk emphasizes that executions are not the only thing he has covered. Texas is "just a terrific place for news," he said, and his work has spanned tens of thousands of miles, hundreds of cities and towns, and a range of topics including hurricanes and former presidents, sports stories and business stories. "Pretty much everything you can think of here," he said.

But he also acknowledges that "there's a certain notoriety" that comes with being a regular witness to something most people will never see. Some of what he saw remains seared into his brain, anecdotes he has revisited in public appearances and his writings. When Jonathan Nobles was executed in 1998 for a double murder, Nobles sang "Silent Night" and trailed off after singing about "round yon virgin, mother and child," Graczyk said.

"I am reminded of that every Christmas when I'm in church and the hymn is being sung," Graczyk said while driving to Dallas. "People are celebrating the joy of the season and I'm thinking of Jonathan Nobles."

He also thinks back to Autry's execution in 1984, when a woman who had become a pen pal of the inmate's cried about his "pretty brown eyes" shortly before those eyes reopened. Autry was just the second person Texas had executed using a lethal injection. Two years earlier, Texas had become the first state to use a lethal injection to carry out a death sentence when it executed Charlie Brooks Jr., for shooting and killing a car mechanic.

Since the Supreme Court reinstated capital punishment in 1976, the United States has executed 1,479 people; 553 inmates - 37 percent of the nation's total - have been executed in Texas. That's more than four times as many as the state (Virginia) with the second-most executions during that span (113), according to data kept by the Death Penalty Information Center.

In recent years, executions have declined in Texas - and across the country - but the Lone Star State remains one of the nation's remaining bastions of capital punishment. Texas has executed eight people this year, the most nationwide. Just 18 states have executed at least that many people total since 1976, the Death Penalty Information Center's numbers show.

No one seems to keep track of it exactly, but it's hard to think of anyone who could have seen as many executions as Graczyk. Robert Dunham, Death Penalty Information Center's executive director, said he doesn't know of any one person who could have seen nearly as many. The Texas Department of Criminal Justice, which is responsible for the state's death row and its executions, agrees. Many people have seen a large number of Texas executions - including wardens, chaplains and some long-serving spokespeople - but "there is no one to our knowledge that has witnessed any number even close to half of Mike," Jeremy Desel, spokesperson for the department, wrote in an email.

Graczyk said he is confident he has seen more than anyone else, even if the exact number escapes him.

"People who have been there [in Texas] back then have retired or gone on to other jobs," Graczyk said. "I plead guilty to longevity and to being in Texas, and certainly Texas does this thing more than anyone else."

Executions happen less frequently these days, down from a peak of 98 in 1999 to 23 last year. Fewer states have the death penalty on the books, and many of those that do have struggled to obtain drugs amid a shortage in recent years. In 1999, 20 states executed inmates; last year, eight states carried out executions. There also has been a shift in the attention paid by media organizations, many of which have seen their newsrooms shrink dramatically. When the United States began to execute inmates again after the Supreme Court's decision, there was a lot of attention and news coverage, but that has faded, Graczyk said.

"These things were extremely big news when they first started," he said.

"They have kind of dwindled in the amount of attention that they get. I think it has primarily devolved into a local story where if the person who is executed committed the crime in your community, I think you are more likely to be more interested in the story."

Some executions still draw attention, often because of the way the execution is carried out. When Arkansas had a string of executions in a matter of days last year, or when Oklahoma bungled an execution in 2014, more people took note. But executions regularly come and go with little public notice.

A part of that is because executions are isolated events that happen at prisons behind locked gates, and they are witnessed by a select few. This makes the work of someone such as Graczyk stand out even more because, for many, his might be the only account available.

"It's important that someone who has no stake in the case, either the outcome or what happened, to be there," he said. "If the state's going to take a life . . . then it ought to be done properly, according to the rules of law."

In retirement, Graczyk said he hopes to sleep in a little bit, maybe write a book - fiction, something drawing on people he has encountered over the years. He won't abandon writing, because "it's really hard to believe that people pay us to do that," he said. "To go see events and then tell other people about it, or make a phone call and ask someone a question and they actually respond and don't tell you to go to hell. It's fun."

Texas has seven executions scheduled through the end of the year. The next one on the calendar is Sept. 12, when authorities plan to execute Ruben Gutierrez, who was convicted of killing an 85-year-old woman. Graczyk said he plans to be there.

(This story has not been edited by NDTV staff and is auto-generated from a syndicated feed.)
Comments
Michael GraczykUS executionsTexas prison