Thailand Cave Rescue: Kirloskar Brothers' Limited offered to provide four specialised high capacity Autoprime dewatering pumps, which were kept ready at Kirloskarvadi plant in Maharashtra to be airlifted to Thailand, the firm said in a statement. 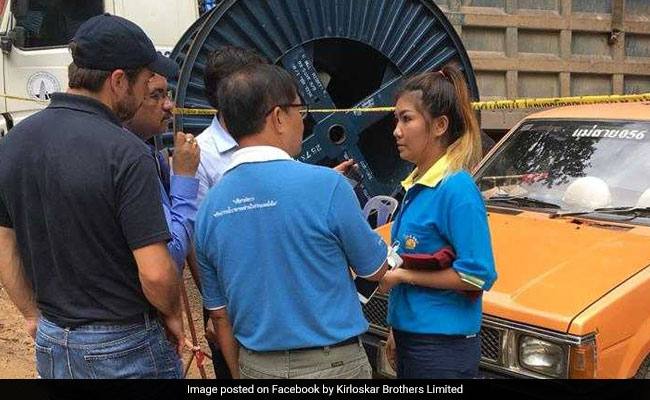 Experts from a Pune-headquartered firm gave technical support in the operations to rescue a football team trapped inside a cave system in Thailand, the company said Pune on Tuesday.

After the Indian Embassy recommended Thai authorities to use Kirloskar Brothers' Limited's (KBL) expertise in "dewatering", the company sent teams from its offices in India, Thailand and the United Kingdom to the site, it said.

Its experts were on site at the cave in Tham Luang since July 5 and offered "technical know-how and advice on dewatering and pumps involved in the rescue operation," said a KBL release.

KBL had also offered to provide four specialised high capacity Autoprime dewatering pumps, which were kept ready at Kirloskarvadi plant in Maharashtra to be airlifted to Thailand, it said.

The final five members of the young football team were rescued from the flooded Thai cave today after spending 18 harrowing days trapped deep inside.

A total of 12 children, aged from 11 to 16, and their coach, ventured into the Tham Luang cave in mountainous northern Thailand on June 23 after football practise and were trapped when heavy rains caused flooding.