Thai Boys To Become Buddhist Novices, Will Live As Monks For 9 Days

The boys will live for nine days in a Buddhist temple, a promise made by their families for their safe return and in memory of a rescuer who died. 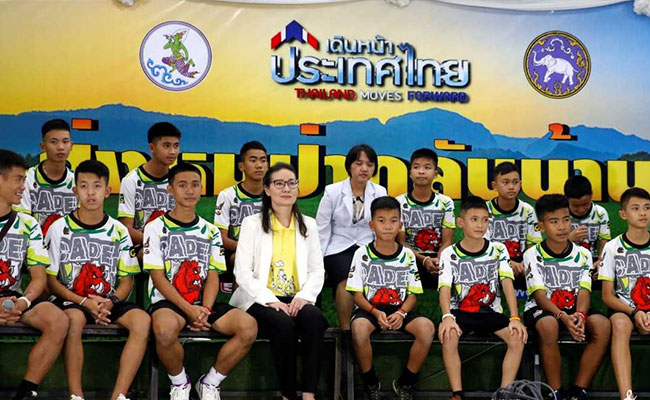 Thai boys after their stay in the hospital have been spending time with their families. (Reuters)

Eleven boys from a soccer team, who were rescued from a flooded Thai cave in a drama that gripped global audiences, took their first steps on Tuesday to be ordained as Buddhist novices in a ceremony steeped in tradition.

The occasion was broadcast live on Facebook by local authorities and starts a process whereby the boys will live for nine days in a Buddhist temple - a promise made by their families in thanks for their safe return and in memory of one rescuer who died.

The rescue involved divers and volunteers from all over the world and ended on July 10 when the last of the group was brought to safety from inside Chiang Rai's Tham Luang Cave in Northern Thailand.

The boys and their 25-year-old coach Ekapol Chanthawong had gone to explore the caves on June 23, where they became trapped. They survived for nine days on water dripping from rocks before they were discovered on a muddy mound by divers.

Buddhism is Thailand's main religion and is followed by more than 90 percent of the population. One of the boys, fourteen-year-old Adul Sam-on is Christian and will not be ordained.

The 12 boys, aged 11 to 16, were discharged from a hospital last week and have been spending time at home. They spoke of their ordeal last week at a news conference organised by the Thai government. 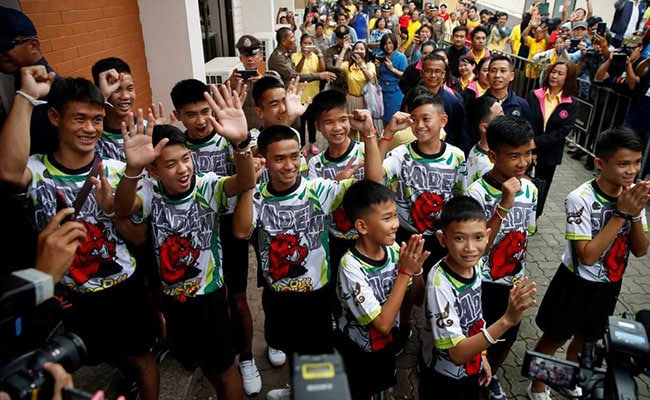 The boys will remain monks for 9 days.

Wearing simple white clothes, the boys pressed their palms together in prayer during the morning ceremony as a saffron-robed monk gave thanks for their safe rescue.

The boys and their coach lit yellow candle sticks at the Wat Phra That Doi Wao, a scenic temple in Chiang Rai's Mae Sai district, where the boys are from.

Trays of sweets, fruits and sugary drinks were placed in front of Buddha statues wrapped in shiny gold cloth.

The boys will live as monks for nine days starting on Wednesday, Chiang Rai officials said in a statement on Sunday.

Along with their coach, they will have their hair shaved on Tuesday afternoon ahead of the main ordination ceremony on Wednesday.

Traditionally, many Thai men are ordained as Buddhist monks once they came of age- a practice thought to bring blessings and honour to Thai Buddhist families.