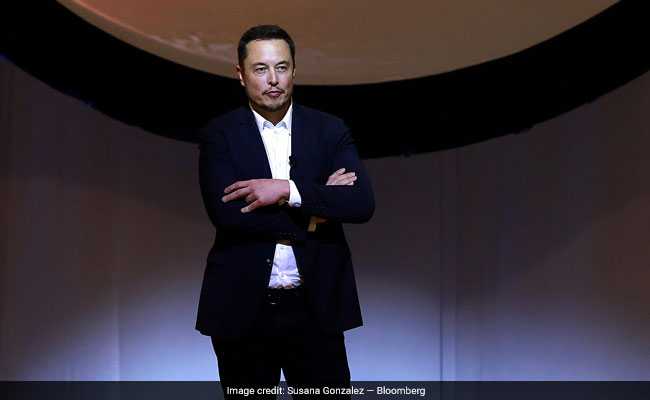 Vernon Unsworth, a Thai-cave rescue volunteer, has sued Tesla chief Elon Musk for claiming that Unsworth is a "pedo" and "child rapist," ratcheting up the chaos surrounding one of the most prominent and volatile tech billionaires.

The defamation lawsuit will extend an episode that has made even Musk's biggest supporters squirm, with several inside Tesla, Musk's electric automaker, questioning why he remains so committed to doubling down on what they regard as a self-inflicted embarrassment.

Unsworth is seeking more than $75,000 to compensate for the "worldwide damage" he suffered following Musk's attacks, uttered by Musk in July to his more than 22 million Twitter followers. Unsworth, through his attorney, said Musk's claim was baseless and lacked evidence.

"Elon Musk falsely accused Vern Unsworth of being guilty of heinous crimes," Unsworth's attorney, L. Lin Wood, said in a statement. "Musk's influence and wealth cannot convert his lies into truth or protect him from accountability for his wrongdoing in a court of law." A separate lawsuit is being filed in London for the damages Unsworth, who is British, suffered in England and Wales, his lawyer said.

Musk and Tesla did not respond to requests for comment, and it's unclear who will represent him. Unsworth was not made available for comment.

In June, when a young boys' soccer team and their coach was found stranded in a sunken cave in northern Thailand, rescue officials turned to Unsworth for help. The experienced cave explorer had surveyed the underground system's narrow passageways since shortly after his first visit to the country in 2012.

As the dangerous rescue gained global attention, Musk pledged to lead a team of engineers in building a mini-submarine that could snake through the cavern's cramped arteries and whisk the boys to safety.

An international team of divers and rescue workers - one of whom, a Thai Navy SEAL, died during the operation - ultimately brought the boys to the surface on July 10. Musk's mini-submarine was not used.

Musk's mini-submarine proposal had sparked immediate skepticism, including from Unsworth, who told CNN after the rescue that the "PR stunt" had "absolutely no chance of working," and that Musk could "stick his submarine where it hurts."

Two days later, Musk tweeted that Unsworth was a pedophile and that Musk would make a video of the mini-submarine proving Unsworth wrong: "Sorry pedo guy, you really did ask for it."

On July 18, amid criticism from Tesla investors, Musk apologized and tweeted that his "words were spoken in anger after Mr. Unsworth said several untruths." But he did not publicly disavow the claims: In a late August tweet, Musk hinted that the lack of legal action suggested proof of Unsworth's guilt, saying, "You don't think it's strange he hasn't sued me?"

Unsworth's attorney supplied a letter to Musk, dated Aug. 6, that he was preparing a libel lawsuit against him. But in emails late last month to BuzzFeed, Musk added onto the attack, saying Unsworth was a "child rapist" who had moved to Thailand for a 12-year-old bride. He also said he was defiant in the face of a court action, writing, "I f--ing hope he sues me."

Musk has never supplied evidence for his claims, and independent efforts to substantiate them have failed. Unsworth's lawyer said he shares a home with his significant other, a 40-year-old owner of a nail salon, in the countryside near Chiang Rai in Thailand.

Musk's summer of chaos has shaken Tesla, the all-electric automaker that has been struggling for months amid mass layoffs, an exodus of top executives, and what Musk has described as a hellish manufacturing and delivery slog. The company's stock has plunged 22 percent since its peak last month, and doubts have grown that the company can, as Musk recently promised, end its long streak of losses.

Musk on Sunday told a frustrated Tesla buyer on Twitter that the company was suffering from severe delivery problems and had "gone from production hell to delivery logistics hell."

Last month, Musk tweeted that he had the "funding secured" for a now-defunct deal to take Tesla private, surprising company investors and board members and sparking a Securities and Exchange Commission investigation, and said his friends had shown concern that the "excruciating" workload he had given himself was damaging his physical health. Earlier this month, during an interview with the comedian Joe Rogan, he smoked marijuana and wielded a samurai sword.

The lawsuit could amplify calls for Tesla to install a high-ranking executive or co-captain who could keep Musk's more self-destructive instincts in check. James Anderson, a fund manager at Tesla's biggest investor besides Musk, Baillie Gifford, said last week, "He needs help, and I mean that psychologically as much as practically."

Gene Munster, managing partner at Loup Ventures, said last week that Musk's many self-inflicted scandals had begun to tarnish the fame he had built as "a bad-ass billionaire."