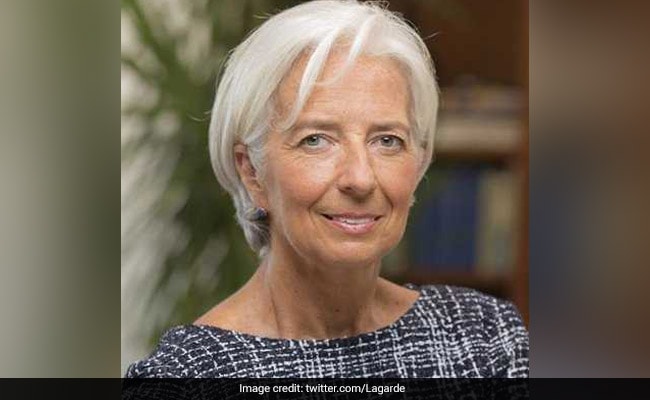 It is true that not everyone has benefited from global trade, that there are distortions in the trade system, and that the system needs to be reformed but "trade barriers are not the answer", Xinhua news agency quoted her as saying at the 13th Annual Capital Markets Summit in Washington on Tuesday.

Ms Lagarde said that the IMF, after analyzing the experience from 180 countries over the past six decades, found that trade integration "clearly boosts investment"

Ms Lagarde said the finding "is of particular relevance now" as ongoing trade tensions around the world could further damage investment "at a time when investment is already weak".

Citing a new IMF research, Ms Lagarde said if tariffs on all goods traded between the US and China went up by 25 percentage points, that alone would reduce annual gross domestic product by up to 0.6 per cent in the US and by up to 1.5 per cent in China.

"These are potentially self-inflicted wounds that should be avoided," she said.

"Nobody wins a trade war... That is why we need to work together to reduce trade barriers and modernize the global trade system so that we all win," she added.