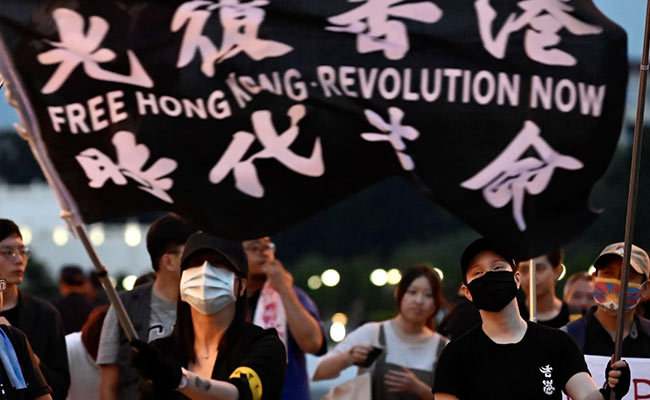 Taiwan will open a special office next month to deal with Hong Kongers wanting to move to the island, including those seeking sanctuary for "political reasons", the government said Thursday.

Tsai's government will cover "necessary expenses" for those who come to Taiwan because their freedom and safety are under threat, said Chen Ming-tong, chairman of the Mainland Affairs Council, the island's top China policy-making body.

"In the past the NGOs were basically doing that but now the government will stand up and finance the expense," Chen said.

Taiwan, a self-ruled democratic island, has received an influx of Hong Kong activists seeking shelter as Beijing cracks down on protesters in the financial hub.

Unrest flared again recently after Beijing announced plans to impose a sweeping national security law in the city, a move that has alarmed many Western governments and Taiwan.

The new office in Taipei will open on July 1 and part of its remit will be to handle applications from Hong Kongers seeking to stay in Taiwan for "political reasons", Chen said.

Tsai's cabinet will still make the final decision in such cases. Financial assistance will be available for successful applicants who have entered the island legally, Chen added.

"Our laws are very clear on that... it's not a rescue (project), it's to offer support," he said.

The office will also deal with requests from Hong Kongers seeking to study, work or invest in Taiwan, Chen said.

Hong Kong plunged into turmoil last year with months of often violent street protests as the government pushed for a now-scrapped bill to allow extraditions to China.

Some of them were fleeing prosecution over the protests or seeking a new life in one of Asia's most progressive democracies.