"We are letting the world see Taiwan's strong will to defend its sovereignty," President Tsai Ing-wen said at a ceremony marking the start of construction in a shipyard in southern Kaohsiung city. 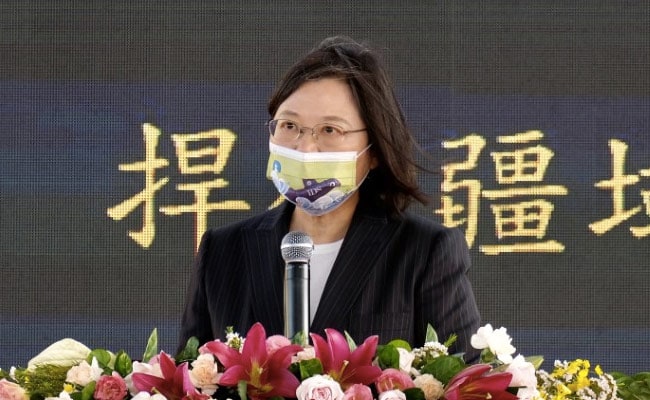 Taiwan's President Tsai Ing-wen speaks during a ceremony about the production of submarines.

Taiwan began construction on a fleet of indigenous submarines on Tuesday, the latest move by the out-gunned island to bolster its defences against increasingly bellicose threats from Beijing.

Democratic Taiwan lives under the constant threat of invasion by communist China, which views the self-ruled island as part of its territory and has vowed to one day seize it, by force if necessary.

Beijing has piled on military, economic and diplomatic pressure since the election of President Tsai Ing-wen in 2016, in part due to her refusal to acknowledge its stance that the island is part of "one China".

"We are letting the world see Taiwan's strong will to defend its sovereignty," Tsai said at a ceremony marking the start of construction in a shipyard in southern Kaohsiung city. 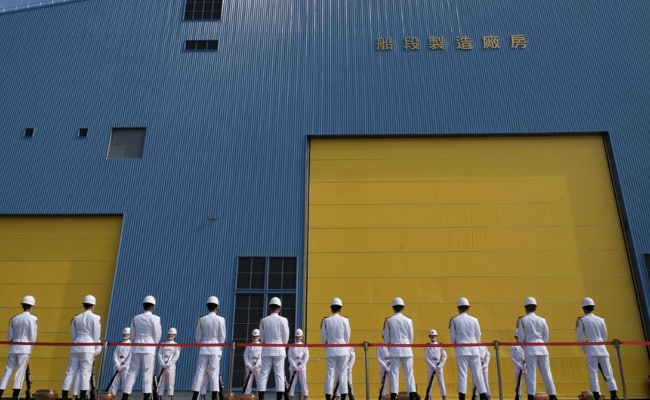 The long-mooted project aims to deliver eight new submarines, with the first expected by 2025 according to officials.

Taiwan's navy currently has four submarines, including two built by the United States in the 1940s.

In recent decades Taiwan has had to ramp up its own defence industry as China pressures other countries against selling it major weapon platforms.

It has made significant progress on missiles and built its own fighter jet, but its military might is dwarfed by China's People's Liberation Army.

Washington initially approved an offer back in 2001 to supply eight conventional submarines, but the sale never came to fruition.

Over the same period China has built itself one of the world's largest navies, with nuclear-powered submarines, aircraft carriers and latest-generation hypersonic missiles within its arsenal.

Chinese President Xi Jinping has adopted the most openly hostile stance towards Taiwan since Mao Zedong.

Chinese jets have neared Taiwan's air defence zones at an unprecedented rate this year, forcing Taipei to repeatedly scramble its own ageing fleet.

But the wariness of major arms manufacturing powers to sell to Taiwan may be fading.

Outgoing US President Donald Trump was far more willing to sign off on advanced weapon systems to Taiwan, approving some $18 billion worth of sales, including new-generation fighter jets.