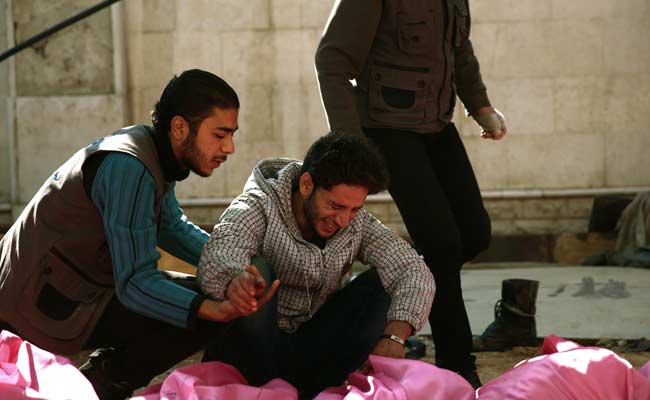 A Syrian man mourns a loved one following a reported airstrike by Syrian government forces on the rebel-held town of Douma, on the eastern edges of the capital Damascus, on October 30, 2015. (Reuters photo)

Beirut: At least 64 people, including 28 children, have been killed by Syrian army and Russian air raids in the northern province of Aleppo in the past 24 hours, a group monitoring the war said on Saturday.

The raids hit Aleppo city and a number of towns and villages elsewhere in the province, the Britain-based Syrian Observatory for Human Rights said, as Syrian government forces backed by Russian air cover intensified bombardments against insurgents throughout the country.
© Thomson Reuters 2015